In and Around Wilson’s Prom in 24 Hours

I can't believe I've lived in Melbourne for 29 years and have never visited Wilson's Prom. I think it's because I've been telling myself I'd need a whole week to make it worth my time. Turns out I couldn't have been more wrong. Here's what we managed to pack in over 24 hours. 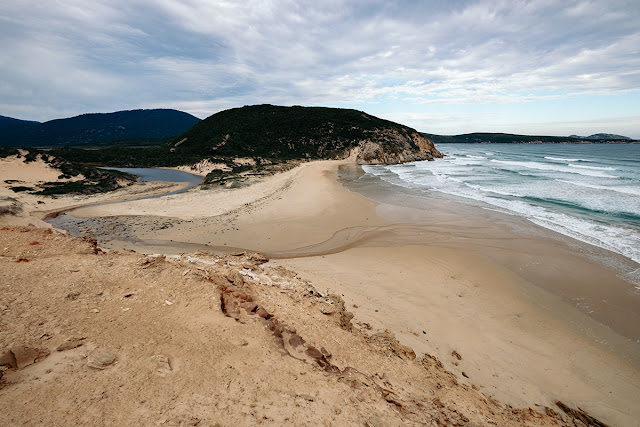 Play time: Sunrise to sunset. It’s advised you leave the national park before dusk to avoid endangering the wildlife that graze by the roadside. You can get pay for a permit to camp there overnight, which would allow you to tackle some of the longer trails (approx. 40 km long).

-       Climb the dunes at Darby Beach
-       Watch the wildlife. We saw several emus, kangaroos, wallabies and wombats
-       Run along the squeaky white sand on Squeaky Beach
-       See pods of dolphins playing in the water below Sparkes Lookout
-       Hike the trail of one of the tallest mountains, Mt Oberon
-       Wake up with a beach outside your cottage window in Walkerville South 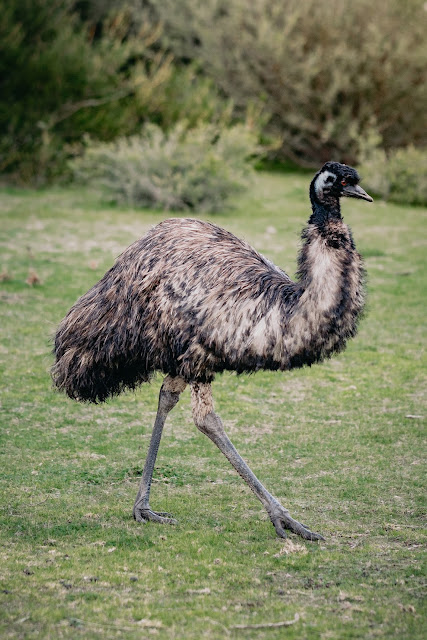 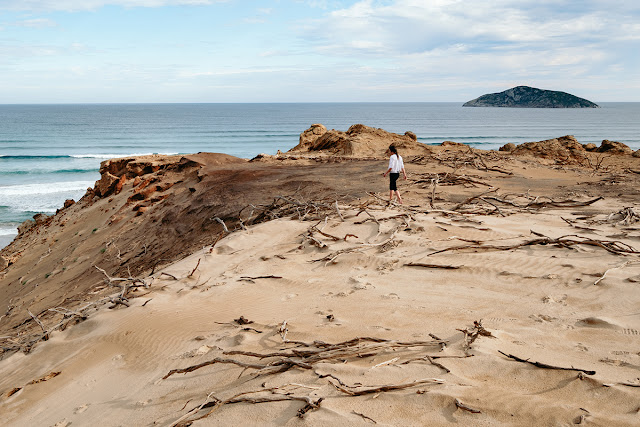 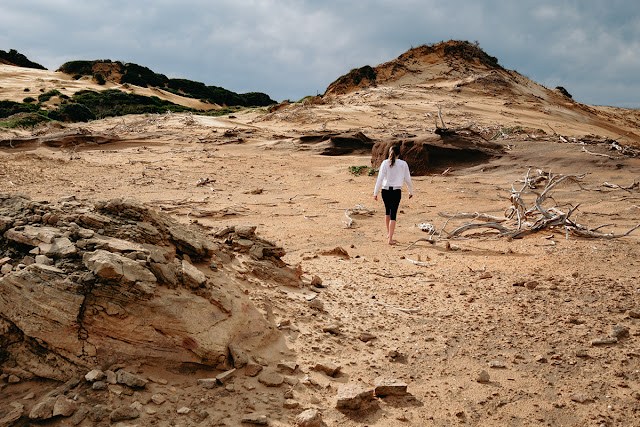 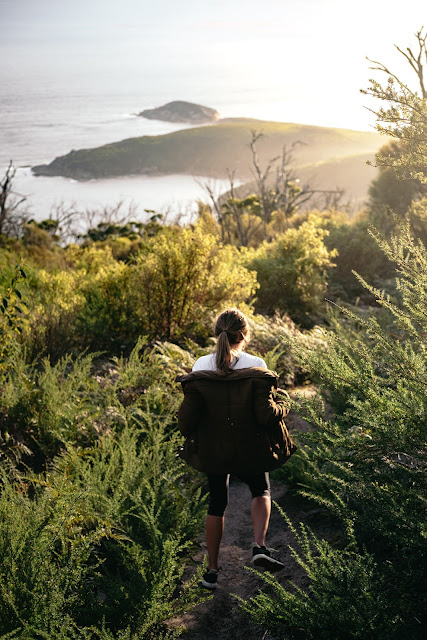 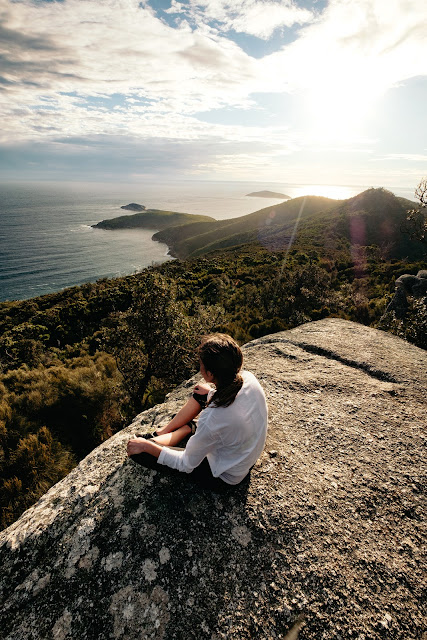 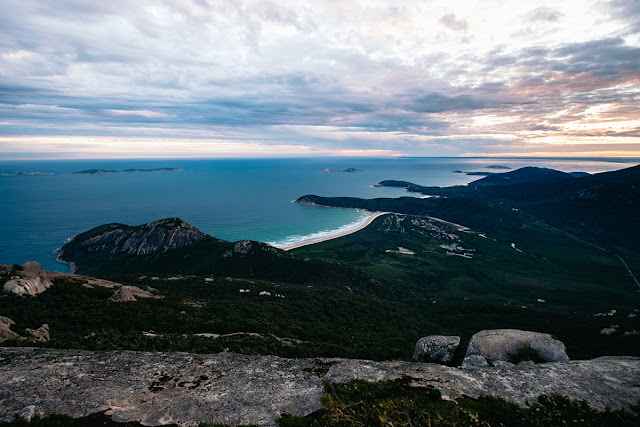 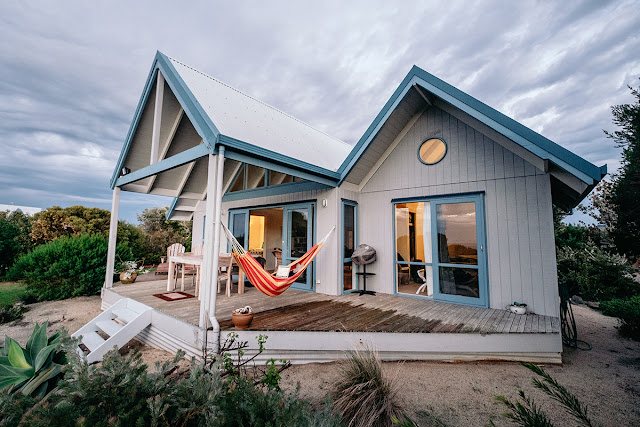 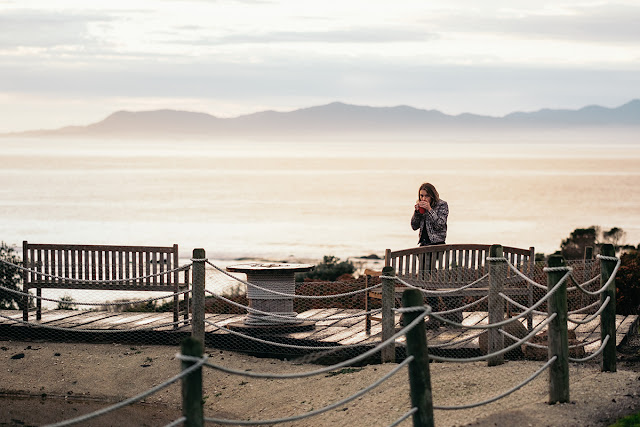 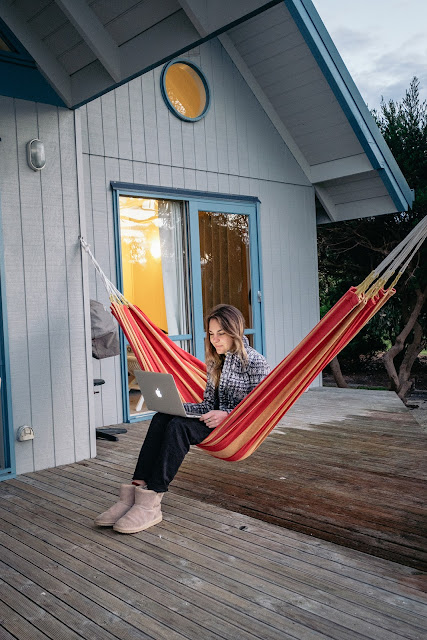 “What a piker,” I thought to myself as I walked back down the gravel trail towards the car.
Nate wanted to catch the sunset from the top of Mt Oberon, but I was pooped; I was still puffing as we arrived at the Telegraph Saddle Carpark, a 10-minute drive from our previous location. I felt guilty the moment I excused myself from the trek I’d agreed to an hour earlier.

Why did I go and suggest cramming another walk in before hiking up the highest mountain trail in Wilson’s Prom? Nate was happy to hang out in the car for 30 minutes while we waited for the sun to go down, but not me. I wanted to “make the most of our time” by advocating to explore another beach or bush trail. We settled on Sparkes Lookout because a sign said it would take 45 minutes; but about 20 minutes in, I started questioning Nate on whether he thought it meant one way. “Isn’t it about time for some downhill?” I taunted; the steady incline brought back blistering memories of hiking the inland Cinque Terre trail in Italy. I could feel the onset of my tomato-red workout face.

It took about 30 minutes to reach the lookout point. As I lay down on the rock platform, I blurted out “I feel sick”, followed by “Is that it?” Once I’d caught my breath I stood to look out at the ocean. There was a strip of beach beyond an expanse of green tree canopies. “Nice” is how I’d describe the view to anyone on route if I wasn’t so out of breath. We made our way back down to the car like a pair of bowling balls, bouncing off tree roots while trying to avoid ankle-twisting rocks. Not even an elderly lady with a walking stick or father and son duo could slow our heavy bodies. When we reached the car I caught my red faced reflection in the passenger window; “I can’t do that again in 10-minutes time,” I told myself.

Too tired to do much else, I scrolled through my phone’s photo library while I waited for Nate to return from his solo hike up Mt Oberon. The 50 or so photos I took of Darby Beach cemented my view it was by far the most beautiful place we’d seen that day. It had such funk about it; a river full of cuttlefish bones, orange sand dunes with dozens of animal tracks, interesting ocean outcrops and washed up pebbles that created harmonious patterns in the sand underfoot; somewhat of a photographer’s paradise if you ask me (I should probably confirm that with Nate).

While Nate and I ate lunch at Squeaky Beach, we spoke about what constituted a great beach. I shared my view that it’s got more to do with the surroundings than the sand quality. However, based on the number of people on Squeaky Beach to Darby (about 10 to 3), it seemed the majority thought otherwise. While Squeaky Beach did live up to its name, there wasn’t much too admire other than its finer, lighter coloured sand. We ate our lunch atop some round speckled boulders; it wasn’t until we honed into our second serving the water started lapping the sides and cleared away the broken bits of rice cracker that managed to escape our mouths.

I was starving by the time we reached our accomodation, Bear Gully Coastal Cottages. I darted straight for a hot shower while Nate got started on dinner. By the time I’d dried my hair and hung our washing in front of the blazing gas fire heater, it was time to eat. Nate and I sat at the timber dining table sipping our wine long after we gobbled up a plate of rice and oven-baked veggies. It was midnight by the time I noticed a game of Scrabble on the shelf, which was far too late to force upon Nate.

The rain poured down in the early hours of the following morning. I woke around 6:30am and watched the sun rise above the mountains from the comfort of my bed. The chorus of animals replaced the need for music or small talk. Nate swiftly moved across the damp grass to capture photos of our cottage before the rain set in once more.

We made use of the beach access from our cottage before officially checking out. It was low tide so we explored the rock pools made of limestone. A little way down the road we stumbled upon another beach with two giant historic limestone kilns. We learned they were built in 1875 after a farmer discovered large deposits of limestone in the bay. As we wandered back to the car the rain began to fall once more. As we drove away I noticed the soles of my runners were gunked up with clay and my Ugg boots coated in fine black sand. That's the sign of an adventurous 24 hours.