How to Spend a Day in Grampians National Park

Several of my fit, active friends have mentioned visiting the Grampians over the years. I figured it was time to check out why it's such a popular destination among Victorians. Nate and I based ourselves in Hall's Gap for 48 hours and here's what we found. 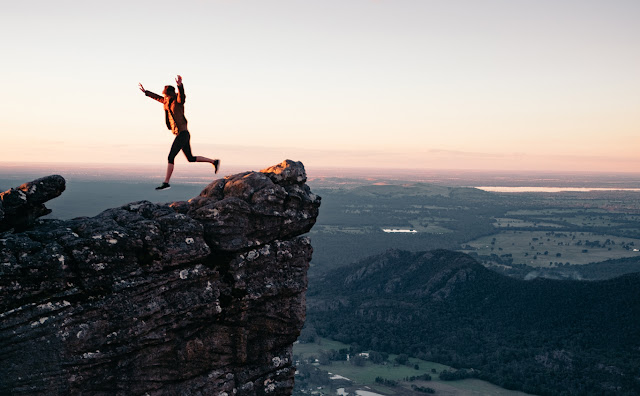 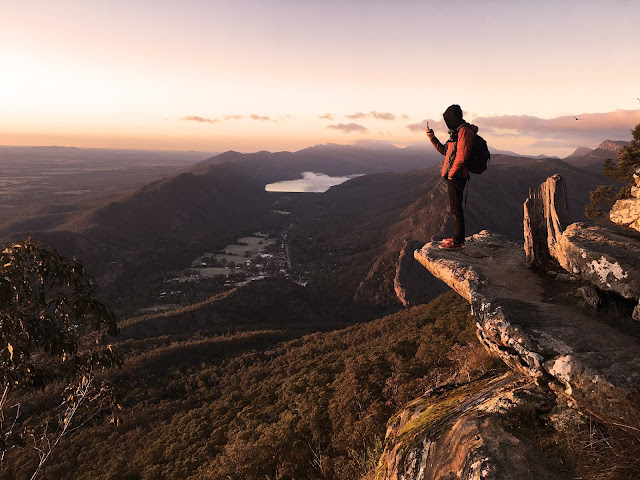 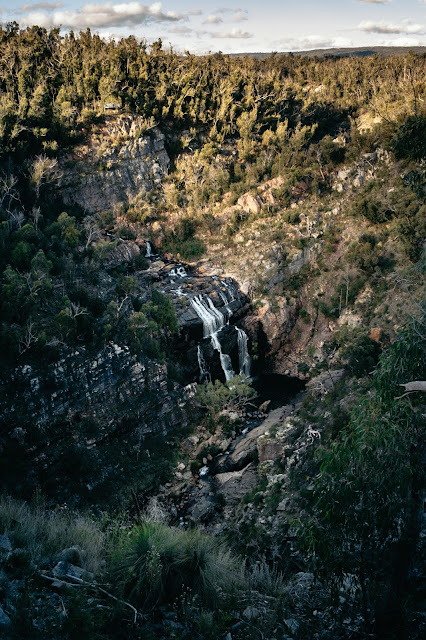 -       This was by far the most popular spot. There were people dotted around the rocks and constantly walking up and down the stairs. It was so ridiculously busy in the evening we assume everyone left it until last. 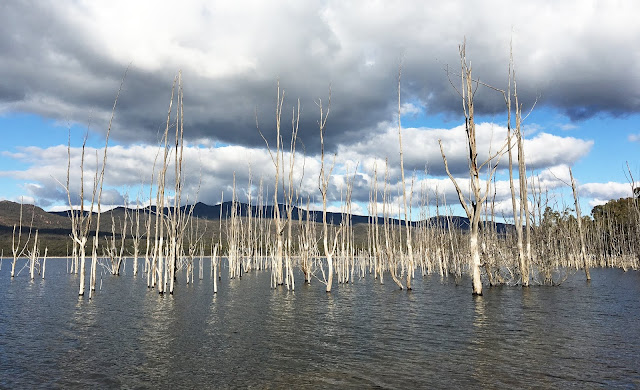 Why then?
-       There are picnic tables overlooking a lake filled with interesting dead trees.
-       You can escape the hordes of tourists! Most people eat in Hall’s Gap.
-       It’s tranquil. You can see and hear lots of different birds (but they are not the type to pester you for food!) 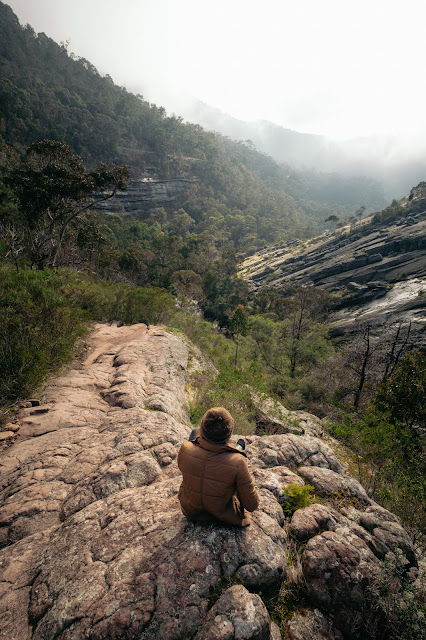 Why then?
-       If you have a long lunch and skip going it’s no biggy. We found this one to be a bit of a time-filler.
-       The walk is relativity easy, although we did see a few people with walking poles. 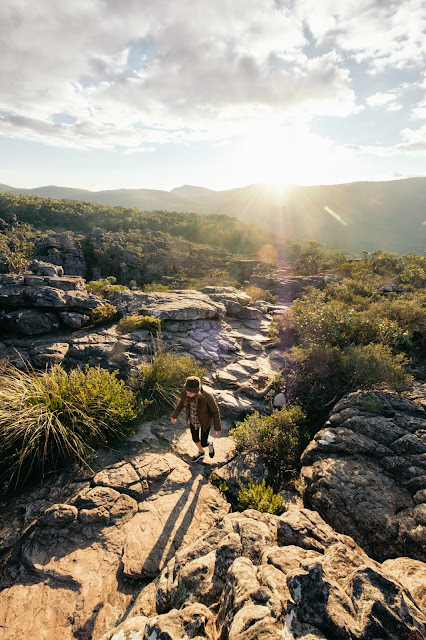 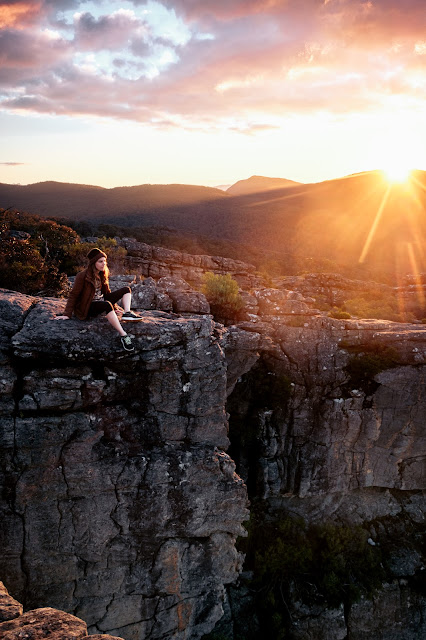 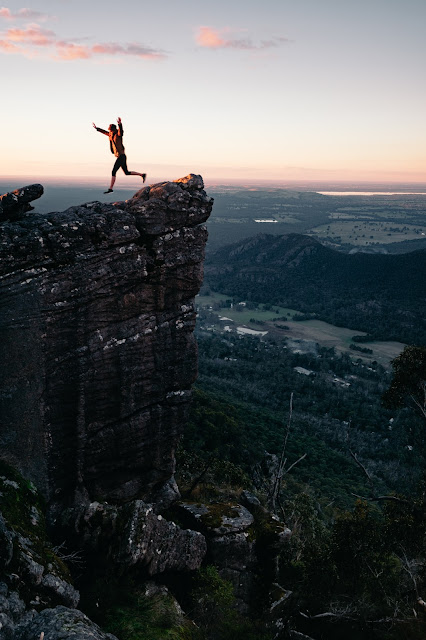 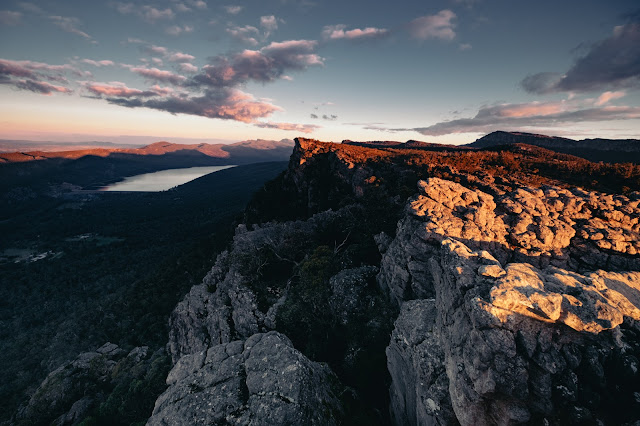 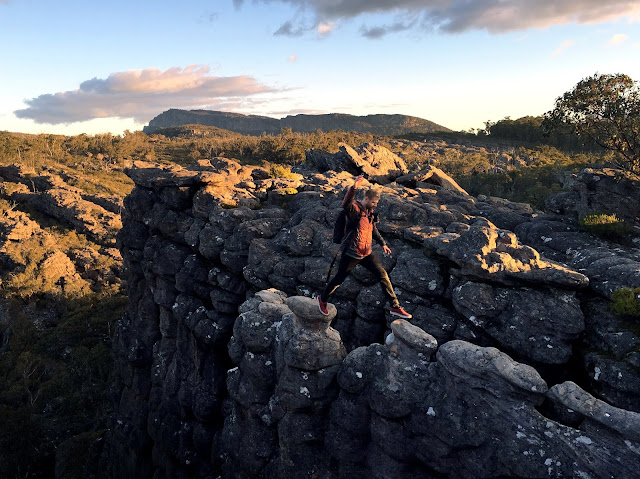 Why then?
-       It’s the pièce de résistance of the Grampians
-       Give it the most amount of time to explore all the different crop formations
-       It’s got the best, most dynamic viewing spots
-       People start to clear out before sunset because they’re concerned about walking back in the dark. Just make sure you leave straight after the sun goes down and you’ll be back at the carpark right on time.

Words by Casey Hawkins. Most photos by Nate Polta.

The itinerary outlined above is what we’d do if ever returned to the Grampians; it was the result of lessons learnt during our 2-day stay.

We arrived in the Grampians just past noon, having spent the morning sipping tea at a quaint bakery in Dunkeld. We decided to check in to our accommodation as soon as we rolled into Hall’s Gap. After sussing out the welcome parcel (champagne and several mini boxes of Kellogg’s cereal—woohoo!) and confirmed our kitchen had an oven, we drove to the general store to buy some good roasting veggies for dinner. We stood in the aisles baulking at the ticketed prices. Fifteen dollars for a pack of 12 bottles of water. Talk about taking advantage of the dehydrated hikers!

There was a huge Jacuzzi right next to the bed in our villa. The champagne glasses and white rolled up towels beside the tub were beckoning me in. But Nate wanted to make the most of the sun light and suggested we check out The Pinnacles. I wanted to soak myself until my hands went prune-like but I knew if I didn’t go, Nate would come back with some killer photos; so I changed into my active wear and off we went.

The Pinnacle is hands-down the best thing to see in Grampians National Park; perhaps even the best natural attraction in Victoria! Based on photos alone, I’d probably describe it as a bunch of rocks that overlook a lake and valleys. But when I was there, navigating my way across ginormous speckled boulders to reach a shear drop, I felt overwhelmed by the experience. I’m not sure why it had such an effect on me – perhaps its natural beauty, vastness, or unique shapes and colours—but I walked back to the car wishing we hadn’t arrived so late in the day; another hour to explore would’ve been perfect.

The following day was less memorable, as we toured around populated sites such as Venus Baths, Mackenzie Falls and The Balconies. We wandered along a dirty looking river for about 1 km before reaching the main viewing point of Venus Baths. White foam with brown smears had pooled in stagnant water which made it look very uninviting; I dared Nate to create a Santa beard on his face using the foam, which he didn’t even consider. The water at Mackenzie Falls looked much cleaner, but the hordes of people walking up and down the stairs and taking selfies at the base made it a chaotic experience. I did some people watching from a big rock while I waited for Nate to take a few rushed photos. We decided to call it a day after briefly checking out The Balconies at sunset. Like several others, we didn’t hang around long because there was a shadow blanketing most of the valley. We were keen to get back to our accommodation to alternate between the Jacuzzi and open fire.

In the morning I woke feeling extremely dehydrated, probably as a result of increased physical activity paired with too much tub time and champers. Nate was already outside taking photos by the time I got out of bed. He came back inside to point out some deer roaming around the housekeeper’s quarters, and then again to advise there were wallabies by the lake outside our villa. I must have shrieked as I scurried outside because they quickly cleared away and Nate frowned at me from behind his camera—opps! As we packed our food boxes back into the car, I handed Nate one of the charged up walkie talkies for the journey ahead.