Sailing from Airlie Beach to Brisbane in 8 Days

Last Tuesday we stopped off at Percy Island for a full day of adventure, only 24 hours after departing Airlie Beach, Queensland.

The island has a long history of welcoming yachties ashore. They even introduced goats to the island to feed those who became shipwrecked or were low on food. Today, it's believed 500-800 goats roam the island; the population is controlled by one of the 6 permanent residents, as he eats goat stew roughly three times a week. He says he doesn't shoot the black or white ones, as they are thought to be the first species introduced to the island.

The couple who currently hold the 20-year land lease are in their 60s. They have it until 2018. A childless nature loving couple in their 30s reside in a treehouse built just off the main bay. Along side their house is an A frame construction full of visitors' memorabilia. Splayed around the space, including the ceiling, there's everything from a signed wooden leg to a 3k camera which had gone over board. 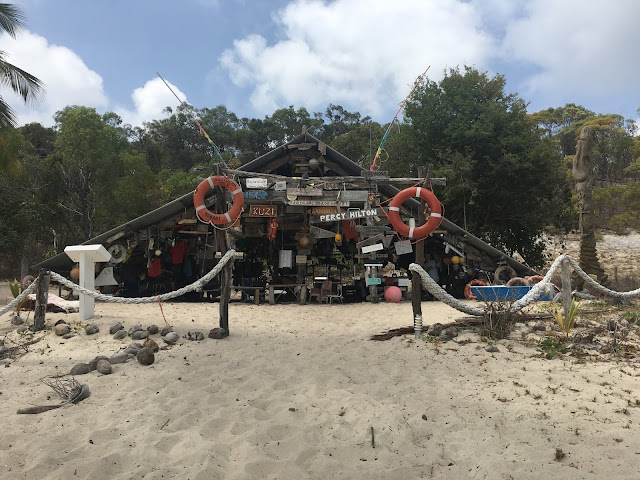 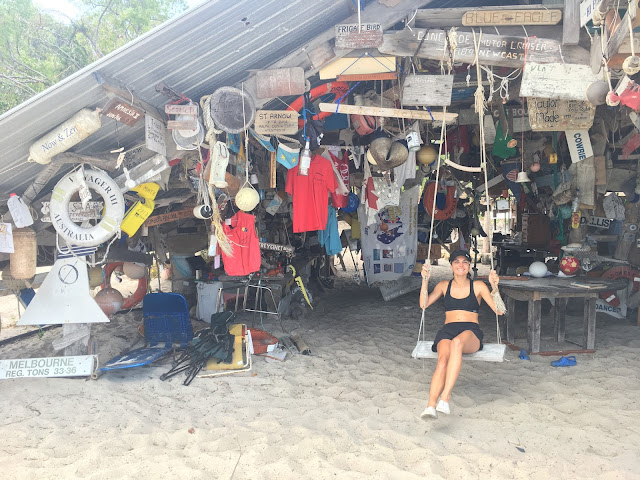 The saddest piece I learned about was a dishevelled looking desk chair, labelled "Fred's Chair." I was told when Fred visited the island for the first time, he took a photo of the A frame to apply as the desktop background of his work computer. Whenever colleagues asked him to explain the photo, he told them it was the best place on earth and he couldn't wait to get back there. Unfortunately Fred passed away before making it back, perhaps from spending too much time at the desk. His colleagues transported his chair to the A frame in his honour, which is now sat on by visitors who cook and eat dinner from the nearly BBQ.We ate burgers and drank rum late into the night before hoping into the tender to get back to Eve, our 65 ft yacht. We woke earlier the next morning to create our own memorabilia, the empty bottle of rum with a pirate-style note rolled up inside. 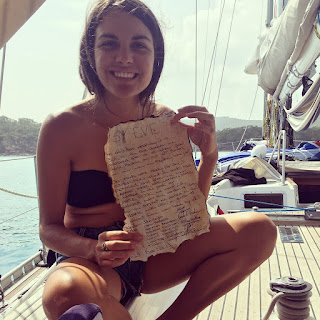 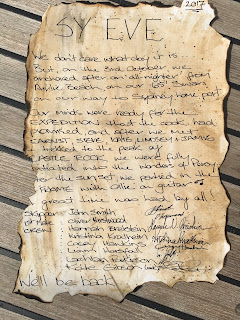 In between waiting for it to be finished, the skippers used the tender to create a wake to surf behind. The boys made it look too easy to stand up, but the girls could only kneel. 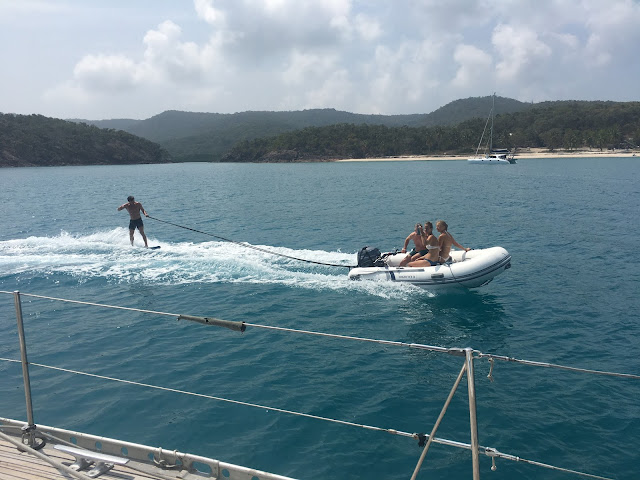