Goodbye The Whitsundays: 4 Months of Highlights


Tomorrow I am saying goodbye to the Whitsundays after living in the area for four months. Despite having a ball out on the water and creating some great memories, I couldn’t be more ready to move on. 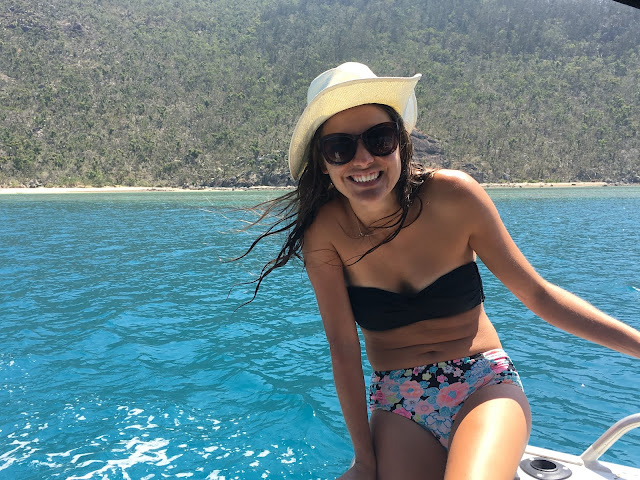 During my stay I lived in an area called Cannonvale, which is about a 10-minute drive to the main street of Airlie, or a 45-minute walk along a coastal boardwalk. For majority of the past four years I’ve been living within walking or cycling distance to friend’s houses and social hubs, which I’ve become accustom to; I never thought living on the outskirts would have such an impact on my social life and wellbeing. One of the guys I’ve been hanging out with said if I had a personal slogan, it’d be “cbf.” While he's probably right, I think this attitude developed because I didn’t really feel as though I connected with the people here.

The Whitsundays community is an odd concoction of rich and poor; it’s population is made up of backpackers, “da boiz” on footy trips or visiting from mining towns, young families and old rich people; most of which didn’t grow up in the area. One thing that seemed to connect them all together was booze or water activities, or both. I’ve never been a big drinker but with little else to do around town I’d look forward to a cold bevvy in the afternoon to help pass the time. Don’t get me wrong, there’s plenty of cool stuff to do if you have a boat or tonnes of cash; so to finish on a positive, I’m going to tell you what fun I was able to conjure up.

Seeing a whale close up

When I first arrived, Tom took me out on his boat to go snorkelling. As we circled the uninhabited islands in his small tinny, a big whale surfaced. I freaked out when its blowhole erupted just metres from our boat. You can watch the video here. 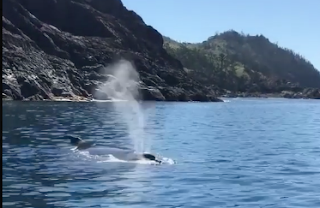 Sailing from Airlie to Brisbane

I frequently visited a bar with a huge outdoor deck called “Boatys.” They made a bright blue cocktail with white wispy fairy floss on top. One night I met a group of sailors who were partying in town after Whitsundays Race Week. I was on my fifth cocktail when they asked whether I’d like to join their crew as they sailed a 65ft race yacht to Brisbane. It wasn’t until the following day when I was on the boat reading over the 8-day meal plan that I thought, “Shit, am I really doing this?” I had no idea of the schedule, so when we stopped off at two pristine islands I’d never heard of, I was completely in awe. 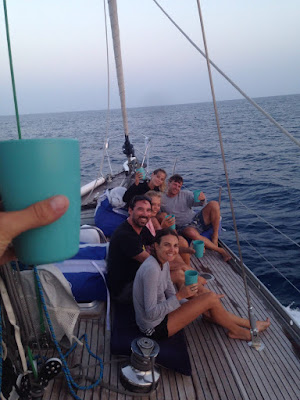 Eight writing workshops and a webinar

During National Literacy Week I was invited to run my creative writing workshop with eight Year 4-6 classes at a school in Proserpine. I had a ball doing it and received some really positive feedback; one student contacted me via my website to let me know how inspired she was; reading her message made me melt.

A few weeks later I presented my first online webinar, with 360 people signed up to participate. Over the past 12 months I’ve really struggled to speak in front of a camera, so in the days and hours leading up the event I got sweaty palms just thinking about it. When it was over I could reflect on what I’ve achieved and felt good that I got through it, and possibly taught and entertained my audience for the hour. 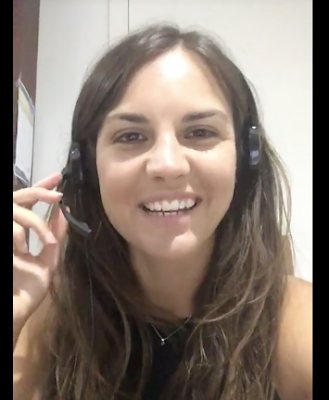 Cooking oysters off the rocks at Hideaway Bay

I’ve avoided eating oysters for my entire adult life. I have a very vague memory of trying one as a child and spitting it out, so politely declined them if offer at a dinner party. After learning how to cook them directly on the rocks in which they grew, I realised what I was missing out on. I was so amazed by Tom’s unusual technique, I had to film it. You can watch the short video here. 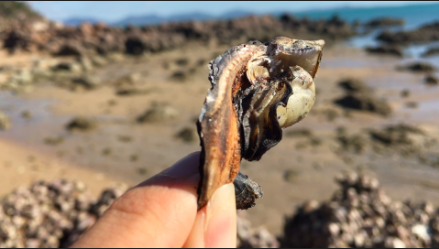 During my last week in Airlie, Luke offered me the back seat of his jet ski to go on a “high octane adventure” around the islands closest to the mainland. Although I hadn’t had the best experience on them in the past, I agreed, then clutched to his chest for dear life. For the first 10-15 minutes I was focused on staying on more so than the view. But as I started to relax and move with the bumps, I really enjoyed it. I couldn’t help but squeal when Luke took sharp corners. The next day my body felt as if I’d been riding a mechanical bull all night. 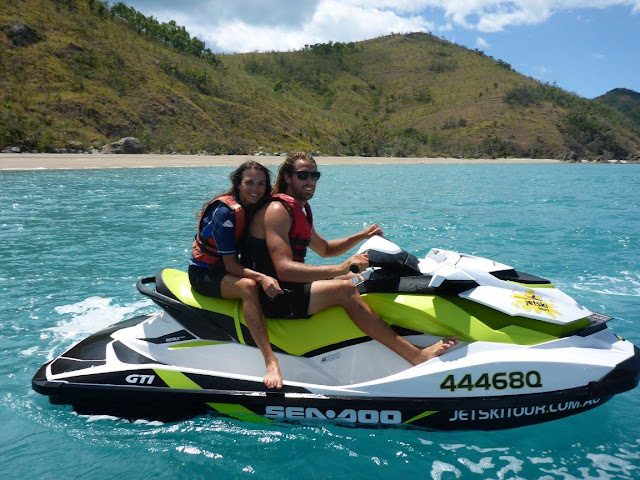 The fit out inside my Hiace van was recently completed and I’m so happy with the outcome. It ended up taking much longer than expected, but the design is much greater than what I initially had in mind. I’ve got a fridge, a slide out rear kitchen, a king single size bed which converts into a couch, electric sockets front and back, curtains throughout, darkest legal tint and reversing camera. I know I won’t always feel this way, but right now I can’t wait to call it home. 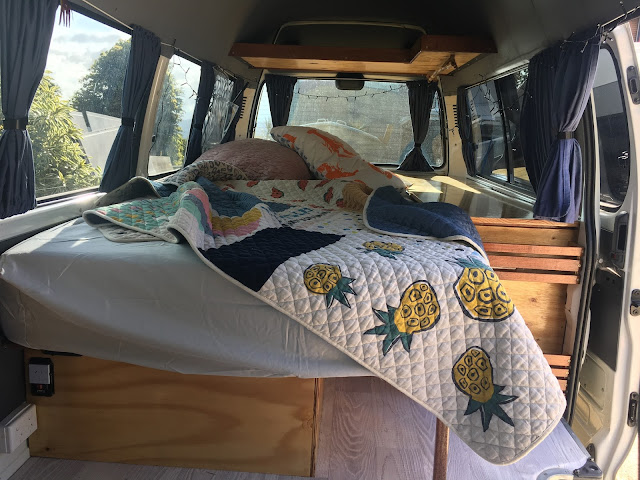 Bring on the next adventure! Next stop, Noosa.

We went on a hike to Castle Rock, one of the highest points on Percy Island, Queensland. Thankfully a dreadlocked bloke named Lindsey drove us as far up the mountain as the track would allow. There was nine of us, curled up holding our knees, sitting in the tray of his clapped out ute. The ninth adventurer was a great dane that couldn't contain his excitement or slobber. Although my knee was covered in drool by the time we arrived, I was thankful for the lift or else we would've been walking all day. 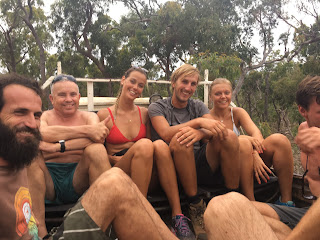 We hiked up a steady incline with native trees in all directions for about 40 minutes before reaching Castle Rock. To stand on the top, you had to climb up between two rock faces with a rope for support. I contemplated whether to do it because I thought I'd struggle getting down. I watched everyone else shoot to the top, which motivated to leave my fears behind with our belongings. When I stood on the rock and looked out at the ocean view, I kept wanting to study the colours of the rocks instead.The descent wasn't as difficult as I imagined. When I got down I wished I hadn't worried about it and just enjoyed the moment. 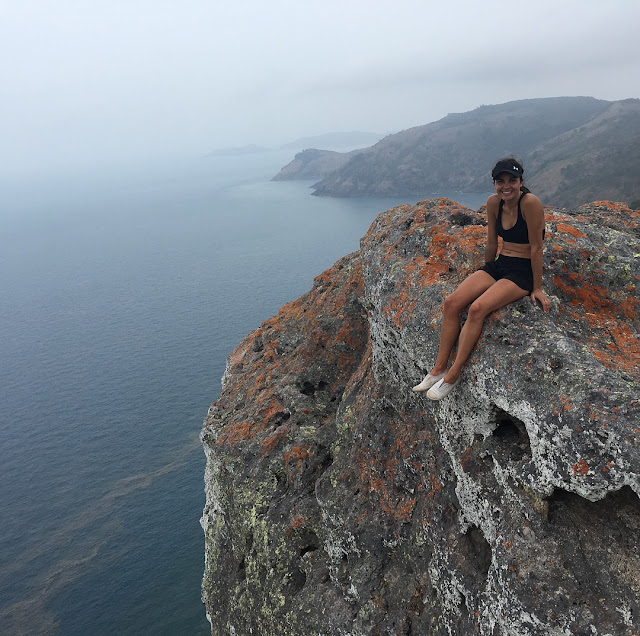 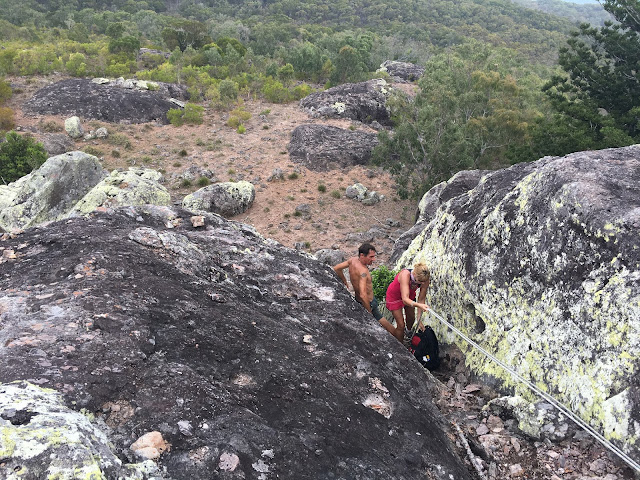 On the way back we detoured to check out a cave in the side of a mountain. As the others climbed up inside to reach the roof, I stood on the edge watching little stones tumble past my feet. 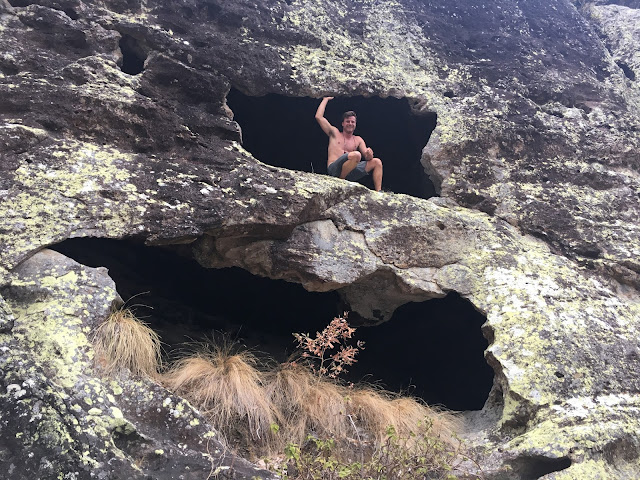 Before we headed back to the boat, we stopped in at some of the local's houses, if you can call them that. They were more like shelters -or shacks at best-built to protect against harsh weather. One man's was filled with Nic Naks, empty bottles and hunting gear. The other's seemed tidy, but we were more interested in his outdoor space. He had a pet kangaroo and some goats that hung out by his front door. In addition, an abundance of butterflies flitted around which seemed out of place. We patted the head of the kangaroo and took photos like tourists at Melbourne Zoo. Then we piled back into the ute and headed for shore, in hope of arriving before sundown. 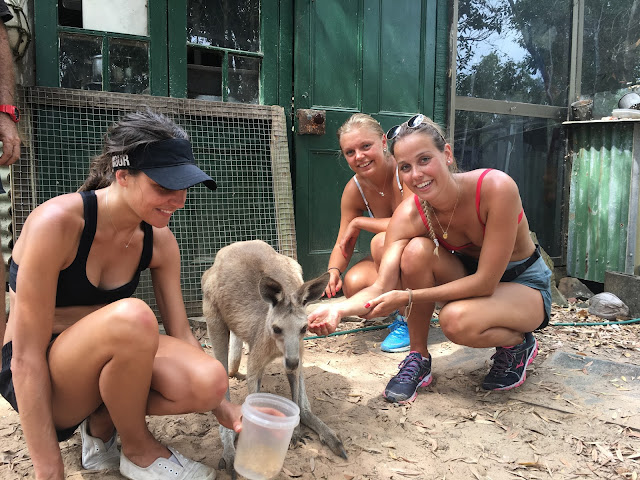