I Was Relentlessly Bullied for Having a Birthmark

Just thinking about sharing this next story creates an uncomfortable tightness in my belly. As I type these words, I wonder whether I’ll have to courage to actually publish them online. To you, the reader, this may just seem like your typical personal struggle story, but to me, it’s like a shameful secret which I’ve shared with few people until now.

I REMEMBER during my high school days I’d get out of bed to go look out the window as soon as I woke up. I’d roll up my blind and watch for movement in the foliage of the trees or stray leaves dancing on Mum’s freshly cut lawn. Anything more than a breath of air and I’d cringe at the thought of crossing the football oval on my way to school. Most girls worried about the wind lifting up their summer dress, but I worried about it revealing what was under my heavy blunt fringe. 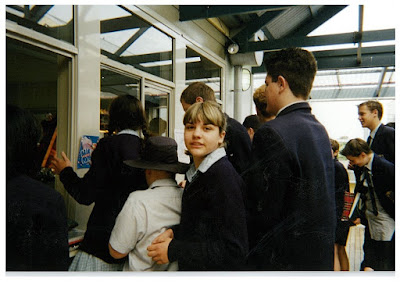 One evening, I walked into the formal lounge room to wish Mum and her partner Dave* a good night. I sat down on the floor in my satin pyjamas and leaned my back against the cream upholstered couch where they sat. Dave commented on the length of my shiny brown hair before brushing his hand up over my forehead and resting it on top. My thick fringe was pinned underneath, exposing my light brown birthmark the size and shape of a 50 cent coin. I quickly ducked forward and hissed “get off me,” or something like that. I was so horrified and embarrassed that he might have seen what I managed to hide so well, I immediately left the room. Dave apologised the next day, explaining he had no idea and was sorry for causing such discomfort. He had a soften look in his eyes, as though he sensed my deep hurt. I don’t think he, nor I for that matter, knew why I got so defensive. But when I started to write earlier today, I remembered a damning experience that occurred around the same time, which probably had a big impact.

I don't think I've retold this story to anyone since the day it happened. As I play the incident back in my head now, I can feel my eyes turning sad looking. The memory is so powerful my mouth is doing weird things, as if it’s trying to recreate the look on my face of utter humiliation. I was sitting crossed-legged out the front of my year 7 classroom. Friends and I were bouncing a ball against a wall and chatting as we waiting for the bell to ring. An energetic girl named Beccy* bounded into our circle like a puppy dog. A crowd of sheepish looking boys crept closer, eager to see whether she’d carry out their dare. She dropped herself into my lap, pinning my legs under hers. Then she scooped up my fringe with her hand and forceful tilted my head back to reveal my birthmark. Her eyes were gleaming like she'd achieved some long-standing goal. As I fought her off, the boys were laughing like hyenas and shouting “mole”, along with other insults. Although the ordeal lasted a few short minutes, it tore my self-worth to pieces. Most of my teachers would have described me as a cocky little shit, but this cut so deep, even I failed to recognise how much it wore me down. Now that I’m older and have had time to reflect, I can recognise how the experience (and several similar) drove me to punish myself and others.

Although I don’t remember being teased in primary school about my having a birthmark, I must have developed a complex about it from an early age. I remember trying to think of ways I’d be able to hide it from my future husband, which seems so ridiculous now. I planned to have very hot showers so the glass would fog up in case he accidentally walked in; but I was stumped on what to do upon getting out, because there’d be times when I’d want wrap my hair in a towel like Mum did before applying makeup. I would mentally check off instances I knew I could control, and figured by the time I was old enough to marry, I’d have discovered new tricks to keep my birthmark a secret. 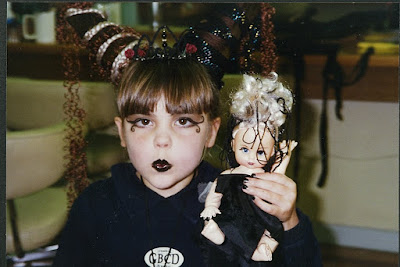 One time when I was at the hairdressers, I told Mum I hated having a fringe. I think someone at school must have said were dorky. She told me they were “all the rage” when she was young, and that they would come back in fashion soon enough. I closed my eyes so the hairdresser didn’t poke my eye out with her scissors as she cut along my brow line. I wished I was born a few decades earlier.

Mum had a port wine coloured birthmark shaped like a stamp on her arm. She said when she was at school mean kids used to poke it and make sounds like they were pressing a button. On a separate occasion, she told me she was fearful of having a child with a birthmark because of the torment she received. She said something like she never cared about the gender of her children, but hoped they were born healthy and birthmark free. I think she denies ever saying that now, but I can’t imagine why I’d make it up. I would often compare her birthmark to mine and wished we could trade. While hers was brighter in colour, mine grew thick hair from the centre and was smack bang in the middle of my forehead, just below my hairline. When I tried trimming the hair, it would regrow and make my fringe stick out; so I let it grow long which looked much worse when in full view. In year 10 I discovered I could almost cover the slightly raised mark with a wide hairband and the rest with makeup designed to conceal tattoos. I thought it was unfair that tattooed people were considered normal and I wasn’t. 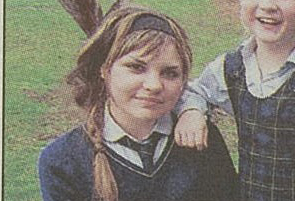 In year 11 I moved to the senior school campus where there were so many students I barely saw the kids who used to torment me. Despite feeling relatively settled by the time I turned 16, the damage had been done and I desperately wanted the birthmark gone. Mum took me to a GP who said I was old enough for a plastic surgeon to consider doing the procedure. I couldn’t wipe the smile from my face when I was advised of my operation date. While I was knocked out cold, the surgeon put two expandable balloons in my forehead to stretch out the skin I’d need to replace the mark. I woke up with a bandage wrapped around my head like Mr. Bump from the Mr. Men series. Days later, a nurse came in to change my gauze and brought a hand mirror with her. I felt sick with nerves at the thought of studying my wound. First I looked at the fresh red scar on its own, then moved the mirror out to see how it suited the rest of my face. I was so happy. 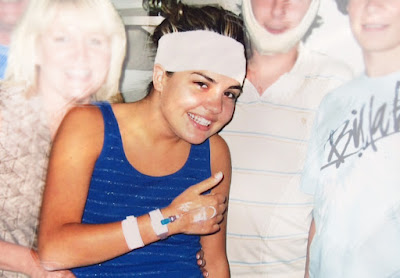 Not for a moment have I regretted my decision to have it removed, but I do question whether I could have minimised the amount of mental pain and bitterness it caused.

Sometimes my scar catches the light or turns red from too much sun, gaining unwanted attention from strangers or new acquaintances. It’s not often people ask what happened, but when they do, I always respond with hesitation. Sometimes when I don’t want to reveal my “sad eyes”, I smile and say it’s top secret, or tell a ridiculously unbelievable story so they don’t ask again. On the rare occasion I manage to utter the words “I had a birthmark removed” (which is still so incredibly hard), I feel I have to immediately explain my motives. I’m always conscious of my voice trembling and the way the person looks at me immediately after, in case they see me differently. Once someone was genuinely shocked to hear I had it removed, and I was shocked back, to think someone could be so accepting that they couldn’t even understand why it was such a big deal to me.

My “ugly” hairy birthmark is gone, but I’ll be living with negative memories forever. I doubt I’ll ever get to a point where I can speak about it confidently, or find a silver lining. Being made fun of is terrible. Being made fun of for something you’re born with and can’t change is really terrible. Sadly, I wouldn’t be surprised if some people read this and continued to make cruel jokes, despite everything I’ve already gone through and tentatively shared.

Below is a recent photo of me. You may be able to spot my scar, which begins to the right of my hair part and finishes a few centimetres under it. I was so worried about friends looking at photo albums, any photos Mum printed showing even the slightest bit of my birthmark were ripped up and thrown away. I tried to track down the pre-op photo taken by my plastic surgeon, but was told the records have been destroyed. 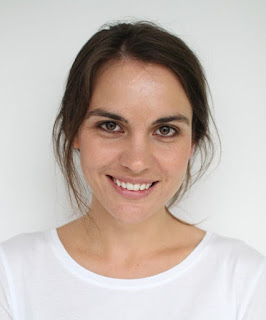