Effective Communication is Paramount in Teaching and Learning 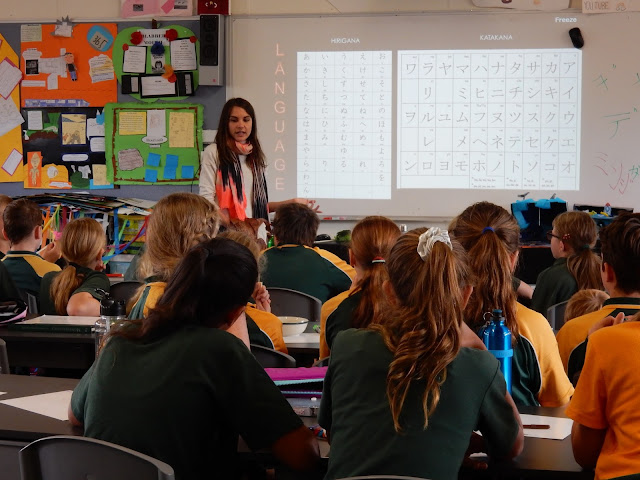 The typical Australian classroom represents our globalised world, enriched with students of diverse backgrounds and cultures. This being the case, there will never be one single method of communication to suit all learners and situations. However, teachers can be educated to become ‘adaptive experts’ in communication, which will assist them in gaining students’ trust and help develop positive relationships. Teachers must continually strive to learn the complex makeup of each student - this includes recognising their beliefs, interests and motivations towards learning. Teachers can tailor daily lessons and interactions to make the learning experience more enjoyable and meaningful.

‘Casey dances to a different drummer’. This is how the deputy principal of my high school justified my unruly classroom behaviour to my parents and teachers. Most educational institutions function by enlisting drummers (teachers) who play rhythms (deliver content) according to their own musical preferences and experience. This can be problematic if the dancer (learner) feels uninspired or has difficulty finding ways to join in. Having spent over two decades of my life learning under these conditions, I know how dramatically this can impact on one’s self-identity and whole attitude towards learning.

As we live in a rapidly evolving, globalised, digital world, the reality is that there will never be one single method of effective communication for all students or situations. Australia’s classrooms are enriched with culturally diverse students, meaning teachers must consciously use a broad range of communication strategies during each lesson. Additionally, they need to be able to recognise how their choice of strategy can significantly impact upon student learning outcomes. 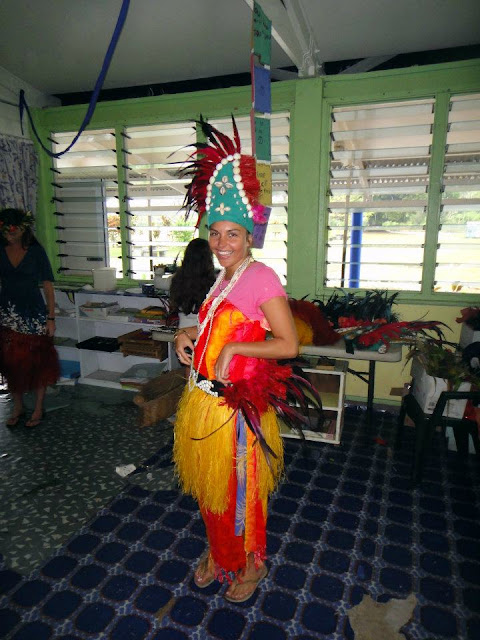 Uncovering the anchors within each student

Learning new information involves some form of communication. How well this communication is received depends on what the learner already knows. What is known or believed to be true, acts as an anchor for the learner to process and make sense of the new information. If teachers can uncover these anchors by getting to know their students, they can select appropriate strategies to support them while they make connections. This widely adapted concept spans from a constructivist viewpoint and is commonly referred to as scaffolding.

A study by The National Research Council (1999) used the term ‘adaptive expert’ to describe the sophisticated communication skills required of a modern day teacher. This concept has many layers, however, put most simply, means the most effective teachers seek to understand the complex nature of each student so they can adapt their interactions to make each lesson relevant and enjoyable for all. 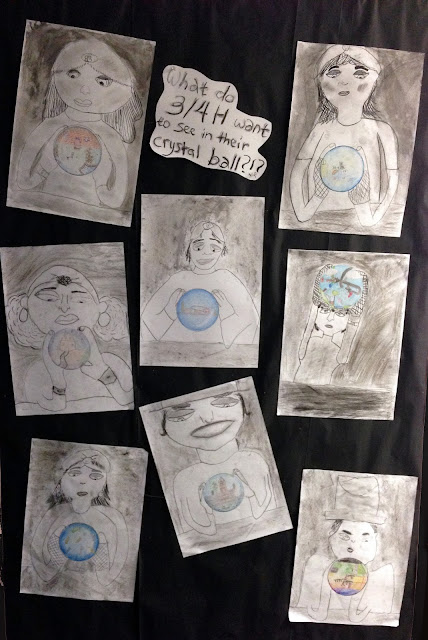 How are teachers strengthening their communication skills?

I am about to undergo research to investigate how initial teacher education programs (most commonly delivered by universities as undergraduate degrees) educate preservice teachers to identify and adapt to the subtle and complex communication preferences of their students. My hunch is that course providers largely assume that teachers develop the ability to effectively communicate simply by attending lectures and placements in schools. Isn’t it bizarre how teachers still attend lectures, yet are told not to lecture the students they will end up teaching?

I’ll be asking questions that aim to reveal the learning opportunities currently provided for preservice teachers, specifically seeking to understand:
a) how they learn a range of communication strategies
b) how they practice these strategies; and
c) how they are assessed and provided feedback on their ability to use these strategies.

Several studies have been undertaken to determine teachers’ effectiveness towards establishing positive relationships with students. These studies have found that teachers require greater training to build trust and closeness. John Hattie, chairman of the Australian Institute of Teaching and School Leadership (AITSL) recently remarked “it is strange just how few of those centrally involved in teaching others know about the interpersonal and psychological processes that underscore successful learning”. I know Hattie is not alone in saying this, as myself and colleagues regularly discuss how little the topic of communication is addressed in professional development. Sadly, I believe the general public would be alarmed if they saw how numerous teachers still operate their classroom and interact with students and parents. 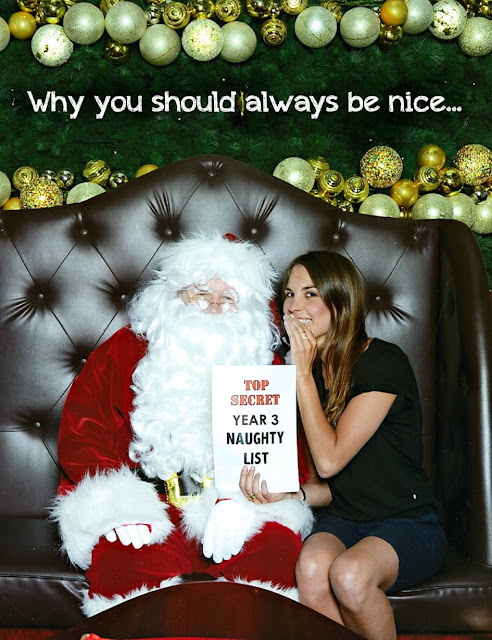 Where we need to head with education

The overall purpose driving my study relates to the role teachers choose to adopt within the classroom. Despite having access to rich online resources, most teachers I have worked with or learnt from still default to a traditional teaching role- as the primary provider of content-based knowledge. Having taught in several school settings- including primary, secondary, government, private, national (Melbourne and remote Northern Territory) and international (Japan), I am surprised that most daily lessons do not make effective use of modern technology. If teachers shift their time and focus toward building strong relationships, they can learn how to motivate their students to commence self-initiated inquiries. In becoming a facilitator of learning, teachers can transition from delivering content to teaching students how to develop a love of learning. A great example of where this is already happening is High Tech High in San Diego, USA. 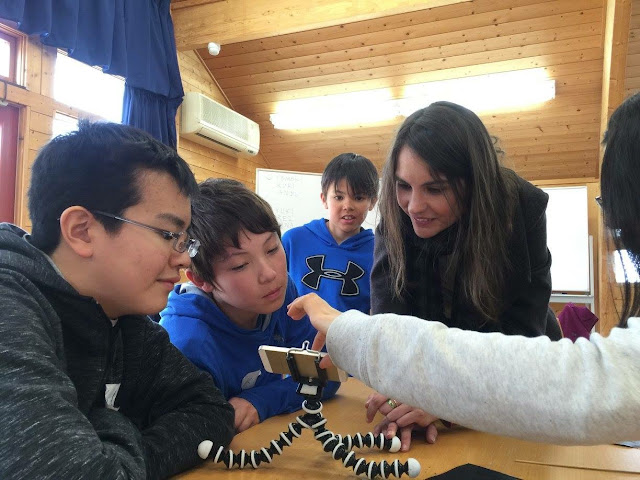 We Should Be Promoting Great Ideas Over Identities

Think of an influential young woman who regularly features in the media. Irrespective of purpose or industry, it’s likely you know her face well. If a character like Miley Cyrus first came to mind, deeply consider the reason why.

Shameless self-promotion has not only become acceptable, but encouraged by social media platforms. It’s very unfortunate that modern day society spotlights bold and potent personalities, rather than bold and potent ideas that create positive change within our world. Instead of following and supporting the projects of young humanitarians, we are choosing to follow egotistic individuals who’ve transformed themselves into money-grubbing brands or ‘projects’.

I urge ‘followers’ to start being critical of the accounts they pay attention to. Ask yourself, what do I gain from idolising the selfies of ‘beautiful’ people? Most celebrity accounts wreak havoc on our ability to appreciate our own unique beauty.

Right now, you may think you’re not interested in learning about social change programs, but that’s just your current mind set. When you follow and engage with positive projects and change makers, you feed your own positivity. When you follow ‘superior’ individuals or luxury brands, you fuel the self-doubt and ego within yourself.

Why don’t you know the faces of influential young women who are shaping the world you live in? I believe it’s because their physical face doesn’t (or shouldn’t) matter. They promote their beautiful ideas, instead of the face society is conditioned to pay attention to. 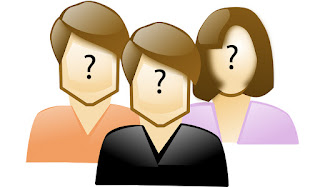 There’s a project that I want to bring to your attention in hope that you follow it closely. It’s called the Mto Wa Mbu Project and was founded by a young teacher called Lizzie Moroney. Despite being a finalist of Women’s Weekly’s ‘Women of the Future’ in 2015, and recently named one of Financial Times’ ‘100 Women of Influence’, the general public wouldn’t recognise her face. This is because she’s too busy teaching primary students in Melbourne and Tanzania (Africa) to even stop to think about building a star profile for herself.

Lizzie is far removed from the selfie culture, working with young people to develop connections through face-to-face contact. She is such a big advocate for collaborative learning, she moved to Tanzania to live in a local village and share experiences with likeminded people. The Mto Wa Mbu Project was founded on the belief that we all harbour original ideas, skills and ambitions. By building a free community education centre in the village, Lizzie aims for people just like you or I to have similiar opportunities for self-growth and success.

The Mto Wa Mbu Project came into existence five years ago, and still has a long way to go. Lizzie is currently seeking to recruit curious young teachers to accompany her to the site in January next year. Click here to read more.