It’s best to come prepared, for Disneyland isn’t such a small world after all! 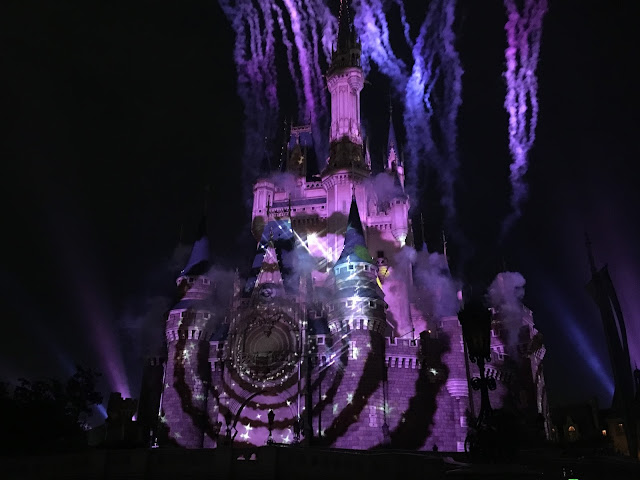 A day at Tokyo Disneyland has the potential to provide you with 12 hours of child-like bliss. However, even Mickey’s biggest fans can leave feeling frustrated, drained and penniless if relying solely on what’s in front of them to guide their choices. Although your eyes will be met with a feast upon arriving at JR’s Maihama station, the ability to satisfy you desire to visit every attraction on the map is almost impossible within one day. With nine lands and over 130 stalls and attractions, not even your zippy new sneakers will get you through each ticket gate. The Disney classic ‘It’s a Small World After All’ sadly doesn’t apply in this situation, which is why we bring you the top tips to ensure you make the most of your 1-day passport.

When and where to start. 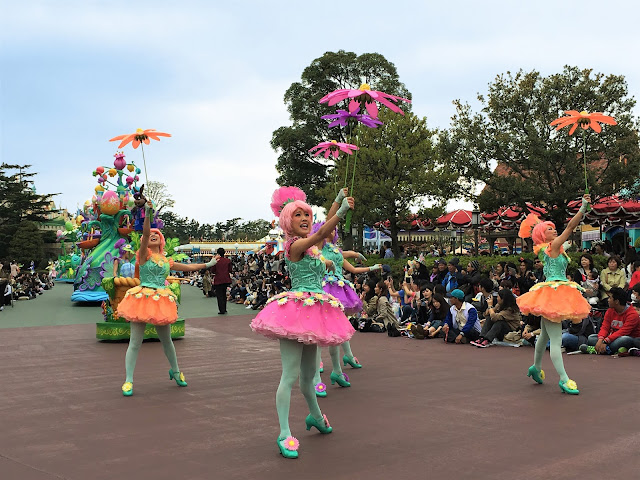 With Disneyland attracting so many holiday makers all year round, it’s difficult to pick the best time to go in order to avoid crowds. However, unsurprisingly, there are times to try and avoid if your schedule permits. With special seasonal events and elaborate decorations sprayed throughout the park, it’s no wonder that Halloween, Easter and the Christmas period draw the largest crowds. If you’re unable to take advantage of the quieter periods immediately before and after Golden Week or during early winter, it’s most sensible to avoid visiting on Friday or weekends. Queuing for rides midweek is relatively pleasant considering there are few young children present. While there may be several hundred high-school students, it’s usually the obaa-sans (grandmas) screaming and giggling the loudest on the rollercoaster.

Efficiently navigating through the park is key, as time will unwarily evaporate whilst you queue. Arriving with a tight game plan and not deviating too far from it is the best way to avoid becoming overwhelmed or departing unfulfilled. With an array of inviting shops every which way you look, be careful not to turn a day of anticipated thrills and entertainment into an expensive shopping venture; or at least not until you’re on your way out. Up to an hour before each of the parades, you’ll see people eagerly claiming ground space with mats. Unless you’re adamant about sitting or getting the best photo op, take advantage of the slightly shorter queues immediately before the start time and hurry over when you hear the music. You should be able to get a good standing view, as the performers and floats wind around a great portion of the park to ensure all ages can watch on comfortably. To appreciate the best views over the park, ride Big Thunder Mountain and StarJets at dusk.

With several entertainment parades and shows featured each day throughout the year, doing a quick program check on the official website is advisable. With most featuring popular Disney songs and dressed-up stage performers, these shows are most suitable for families with young children. 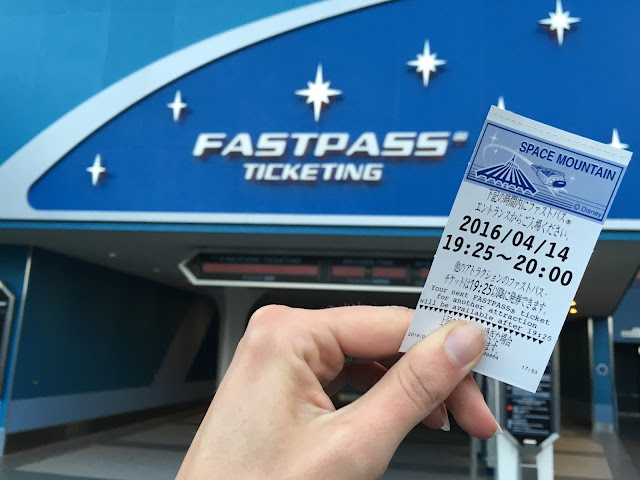 Take advantage of the FASTPASS ticketing system as it spares you some precious queuing time. Reserved only for the most popular attractions, FASTPASS allows you to bypass the standby queue during a specified window of time. Whilst this can cut waiting time in half, bear in mind that you can only gain one FASTPASS at a time, and the times are allocated based on first-come-first-served. Earlier risers who line up to enter the park at 8AM are likely to witness enthusiastic youngsters run towards their favourite attractions. The rides attracting the longest queues are Monsters Inc., Space Mountain and Pooh’s Hunny Pot, although our recommendations are Star Tours and Splash Mountain. If you’re thinking of arriving at midday, don’t be surprised if most of the ticketing machines are covered up because they’ve already doled out their daily quota. If lining up the old-fashion way is your only option, expect to wait up to one hour during low-periods and over two hours on weekends and holiday seasons. 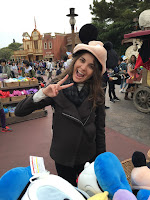 Given the festive mood and unlikelihood of bumping into anyone you know, even the burliest of bloke will be tempted into purchasing a silly hat or cape to don for photos. Save yourself in excess of 1,000 yen by getting decked out in Disney paraphernalia at your local 100 yen shop. Although at first you may feel like a cheapskate fishing an item from your bag, you can find comfort knowing that the official version is of a similar quality and bears no sign of authenticity. 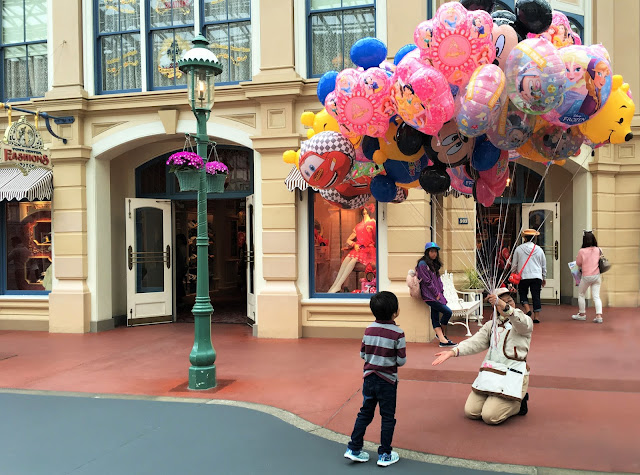 Leave the bento at home. 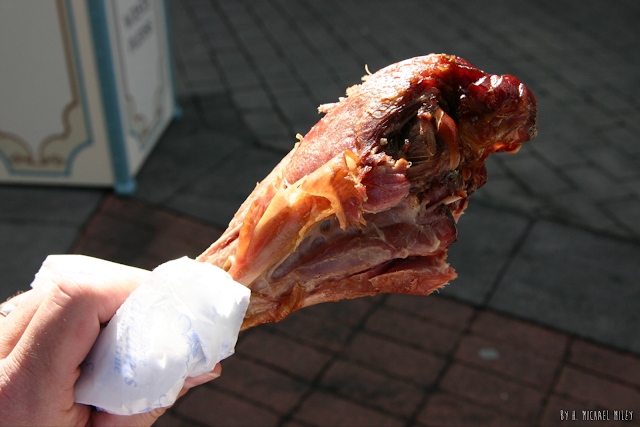 Those travelling on a budget may be considering a packed lunch. However, unless you have a similar will-power to one of Disney’s heroic princesses, be prepared to feast on an array of mouth-watering carnival food. A spectacle in itself, are the sheer number of Japanese people gnawing on smoked turkey legs during all hours of the day. With two small carts operating outside Westernland, apron donned ladies somehow manage to distribute enough drumsticks to taunt your tastebuds every few square metres of the park. With sweet caramel popcorn and chocolate-filled churros also invading your nostrils (and the fact you’re at Disneyland—the happiest place on earth), you may as well feed your inner-child’s desire to try one of everything. 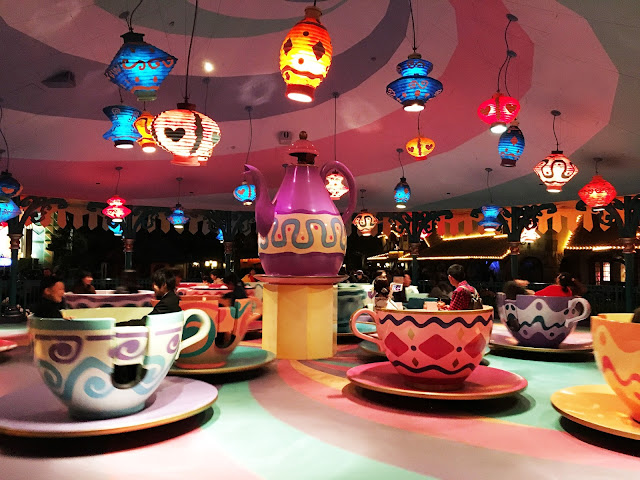 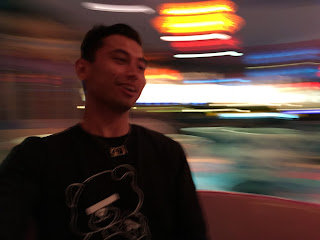 Knock over each of the hair-raising rides before lunch by referring to the guide map. Look for attractions marked with red triangles as they indicate potential motion-sickness. If you prefer to excite your eyes and ears rather than your stomach, perhaps visit those marked with an asterisk; as they involve light movement and stunning audio visuals. Don’t overlook the idyllic spinning cup ride, as it caters to the placid-natured as well as the thrill-seekers. Depending on the driver at the wheel, the cup has the potential to inflict extreme dizziness or bring back fond memories of riding the spinner at the local playground. If the sun is out or the weather is muggy, pack some neck coolers to keep you comfortable and ride-induced wooziness.

If you’re appointed to sit front row of the log ride on Splash Mountain, be prepared to step off feeling like you’ve just had your second shower for the day. Unless it’s nice weather, you might want to offer the seat up to the kids in-line behind you. Although there are plenty of rides involving water, this somewhat deceivingly named ride is the only one likely to give you a splash—or more. Splash Mountain and Space Mountain both have affixed cameras; its shutter perfectly timed to capture the classic expressions of riders as they plummet downhill. Use the photo opportunity to make new friends by convincing other members in your cart to create a daring or humorous pose. 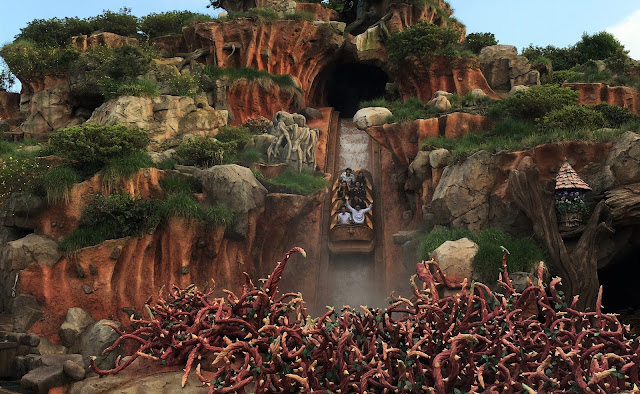 Been dreaming of taking a selfie with one of Disney’s iconic characters? Be prepared for a plethora of unintentional photobombers in the background. The only way to avoid this is to pay a small fee which will give you VIP access to Mickey, the backdrop of the Disney Hotel and his professional photographer. Given that selfie sticks have been banned inside the park, it’s probably the best way to ensure you get a print-worthy photo. Keep in mind it takes 90-minutes for your photo to be processed, so it’s a service you should seek out early on (and perhaps before you go on Splash Mountain). In addition to creating photographic memories, you may like to indulge in some fine people-watching in front of Cinderella’s castle. It’s a crowd-fuelled attraction that never ends; with groups of school girls attempting synchronised jumps whilst their male classmates fix their hair in each other’s novelty sunglasses. 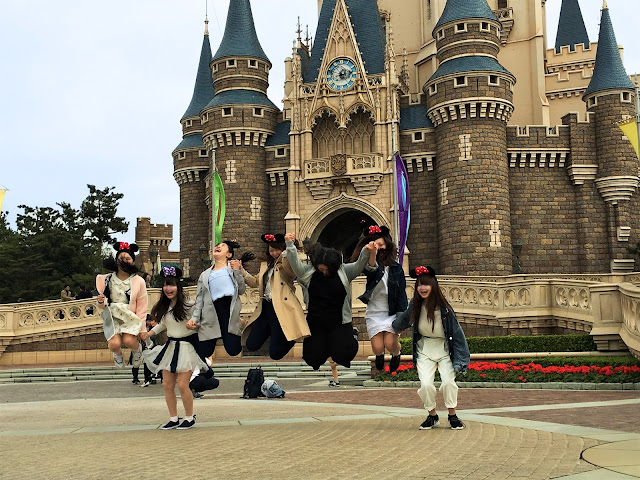 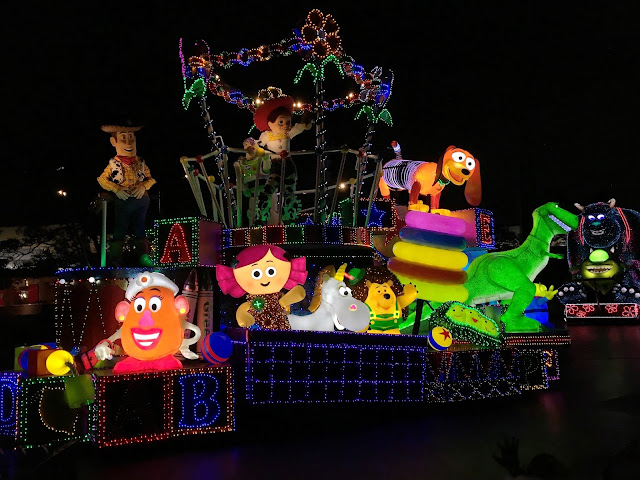 Make sure you stick around for the lightshow and fireworks display come nightfall. The character floats and projection extravaganza onto Cinderella’s Castle will evoke a child-like happiness from within. Without a doubt, you’re going to want to take pictures of the floats, so position yourself anywhere along the main roadside. After the spectacular fireworks, whatever you do, don’t run off during the 10-minute interval and miss the highlight of Disneyland; when Cinderella’s Castle becomes a giant storybook. Given that you won’t want to race off mid-show, be prepared to sit for well over an hour on the concrete ground. Toting around a fold-up foam mat may appeal to families or the elderly. When packing for the day, keep in mind that there are storage lockers for hire, however, ridegoers are also given the option to store bags and bulky purchases at their feet.