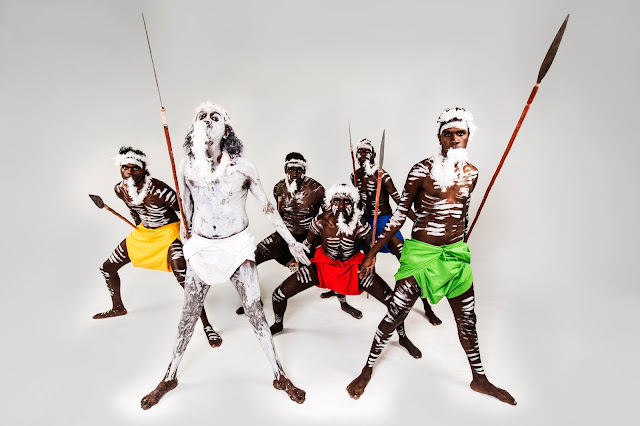 Forgive me if you've already heard of The Chooky Dancers, but I was only made aware of them a few weeks ago. Apparently they appeared on 'Australia's Got Talent' after becoming an over-night internet sensation a few years ago. Those of you who know me well, know that I'm rarely up with the latest when it comes to online content and emerging artists. Most of my trendy hipster friends don't even bother inviting me to gigs anymore, knowing full well that I'll just embarrass them with my blank stares and ignorant questions as they passionately discuss aspects of the music scene. Throughout uni I tried to act interested and barely kept up to gain some hipster 'cred', but I secretly reverted to the top 40 whenever I was alone. Now I don't even have access to a radio and couldn't care less to be honest.

Anyway, If like me, you're lagging 12 months behind the trend seekers and youtube trawlers, I'm sure you will appreciate the below youtube clip. Djuki Mala, commonly known as The Chooky Dancers are an Indigenous dance troop from Elcho Island. Elcho is west of Groote and although it is significantly smaller, it's known for sprouting some very creative and talented Indigenous folk. These guys became best known for choreographing hilarious cross-cultural interpretations of well known songs. In this clip they dance to Zorba the Greek.


The Chooky Dancers are just coming to the end of their nation-wide tour. I'm sad to say I missed their Darwin show but depending on where you are, you may be lucky enough to catch one of their last shows for 2014.
Check out their website: http://www.djukimala.com 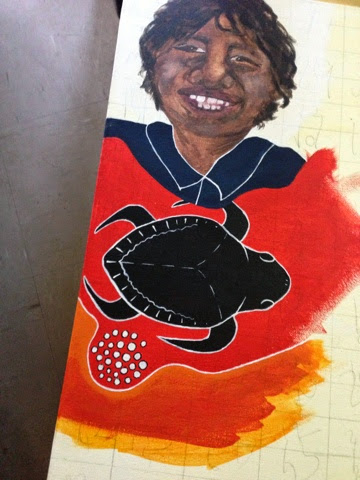 Yesterday was Picnic Day; a NT public holiday for workers to enjoy a day of rest with family and friends.

Picnic Day is a highly anticipated and talked about event on island, as GEMCO (the mining company) goes all out to treat the young and old to a day of free food and entertainment.

All attendees could help themselves to BBQ'd hamburgers, pizza, curry and drinks throughout the day. By afternoon, dixie-sticks and ice-cream tubs were being dispersed to the masses who were sprawled out on picnic rugs. Sprinkles on top came in the form of acoustic poster boy, Pete Murray. He played a 30-minute set including some of his old stuff that everyone lethargically swayed along to. Post Pete Murray entertainment was a fire show geared towards the younger crowd. Two energetic stuntmen twirled flaming batons and got everyone's eyes prepped for the bright lights to come. Shortly after the show ended,we all congregated to the pub to watch a $20,000 fireworks display which included some of the most spectacular effects I've seen; like a small-scale version of Sydney Harbour on NYE.

After a long day, we decided to head for home before Pete Murray returned for an encore performance at the pub. I caught up with a friend today who lives right across from the pub, who said she was being sung lullabies by Pete well into the early hours of the morning. If only she could have awoke this morning to him singing 'Banana Pancakes'.

Pete played as the afternoon sun started to go down. Throughout his set he refused to take his sunnies off despite the fact we were the ones forced to squint whilst the rays warmed his back. Even though we were all sitting within metres of the stage, I felt as though his glasses served as an invisible barrier between us and him. A number of times during his set he pleaded with the audience to get up and dance and to move in closer. "They just sat there like they didn't know what to do," I could just imagine him complaining to his city friends upon returning to the mainland. Maybe it's just a personal vexation, but I can't stand staring into the face of someone wearing reflective or polarised glasses, particularly if I can see myself staring back. Pete Murray gets a 10 out of 10 for his performance and a big fat 0 for his effort to try to connect with the locals.

Pete's lyrics would have you thinking he's a laid-back beach bum who would easily blend into the island's scenery. But apart from his sunrise printed tank top, his styled up-do and skinny jeans suggested he's grown tired of the simple life. It could be said he's 'seen better days' than playing to a town full of clueless misfits on Picnic Day. BADUM-TSHH! 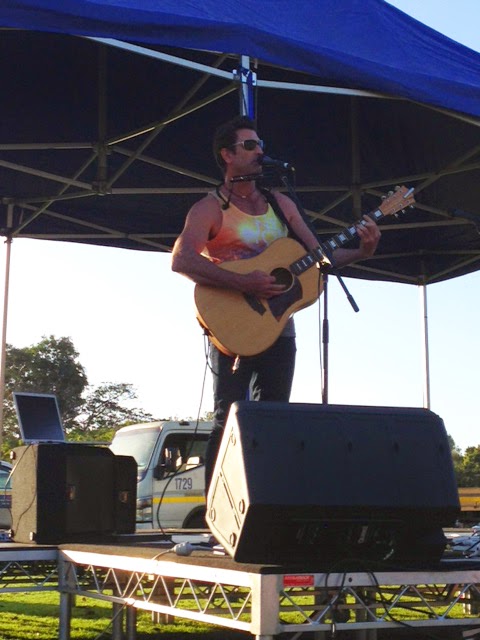 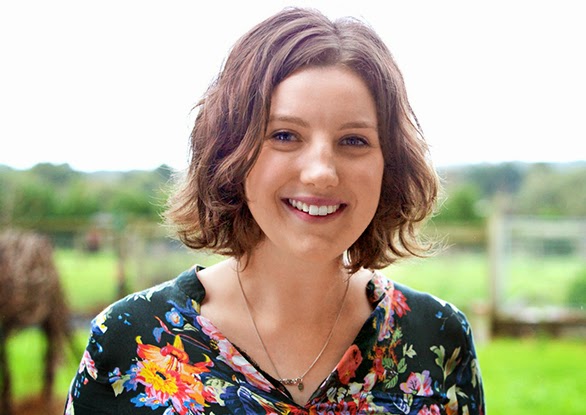 Lizzie and I have been friends since the day we enrolled at university. Like myself, Lizzie is a dedicated teacher. She is fearless and determined to make waves in order to educate the underprivileged. Whilst I was undergoing my final year of studies, 21-year-old Lizzie was living in a poverty stricken village in Tanzania, Africa, educating herds of smiley children whilst compromising her own health to do so.

Lizzie developed such a deep connection with the people living in the town Mto Wa Mbu that despite her age and lack of experience in business, she started up a charity organisation to raise money in the hopes of building a community/education centre for the people she now calls her family.

I'm was over the moon when I recently heard that Lizzie's hard work was finally gaining some national recognition; as she appeared in the most recent Women's Weekly. Lizzie is currently one of 15 semi-finalists in the running to win a $20,000 scholarship to go towards building costs and resourcing the community centre.

I know most of you recieve links to vote for various competition entrants (and if you're like me, you usually ignore all the pleas), but if you do vote for Lizzie, I can guarantee that this girl will make good (brilliant rather!) of the winnings.

You can read more about Lizzie's incredible project or watch her interview by clicking on the link below. Whilst on her page, please vote as many times as you can by clicking 'Vote' then refreshing the page.

I couldn't be more proud of my friend Lizzie; she is an inspriation to young people and especially those who are passionate about empowering others through education.