A Day at Picnic Beach on Groote Eylandt

We had long forgotten about our bogging the previous weekend;  and after a tiring working-week (for one of us at least), we were ready to escape town and head back into the unknown.

This time we had the joy of accompanying some Indigenous folk out to their ‘usual spot’ under the shade of the ginormous banyan tree on Picnic Beach. Before Adrian’s friends had even mentioned cooking lunch over a bonfire or that fishing would be on the agenda, Adrian and I were smiling like Cheshire cats at the thought of such an authentic island experience.
We decided to meet our convoy at a forked road which would inevitably lead us back along the sandy path that caused us such panic less than a week ago.  David and Nancy, their daughter, Anna, and two teenage girls were piled into a Troopy identical to ours*. They gave us a friendly wave as they sped past us and another 4x4 carrying Deb and John; Adrian’s family friends from back in Bega that coincidently arrived on island only months before us.
David’s Troopy bucked and kicked back sand as he sped ahead. When an Indigenous person is behind the wheel, they seem to lose their ‘island time’ mentality. They charge along narrow paths with such confidence and determination to arrive at their destination as quick as possible. David and the gang were out of sight within minutes, so we stuck closely behind Deb and John who took us on a slightly different route to the one we had selected at random last week. The new route was only a marginal improvement; still inducing the tight gripping of handles and/or wheel and causing the sweaty palm effect.
We eventually entered onto the beach at the same spectacular point we’d arrived at last week. We drove alongside the glistening blue water whilst listening to Bob Dylan on cassette.
We parked under the shade of the banyan tree and jumped out immediately to marvel at its enormity. No photo would do it justice, as its matted limbs could not be contained by the camera frame.
Throughout the day, our senses were immersed with new information. In fear of missing something, we rarely returned to our bag to grab the camera and therefore, only have a few photos to share with you. 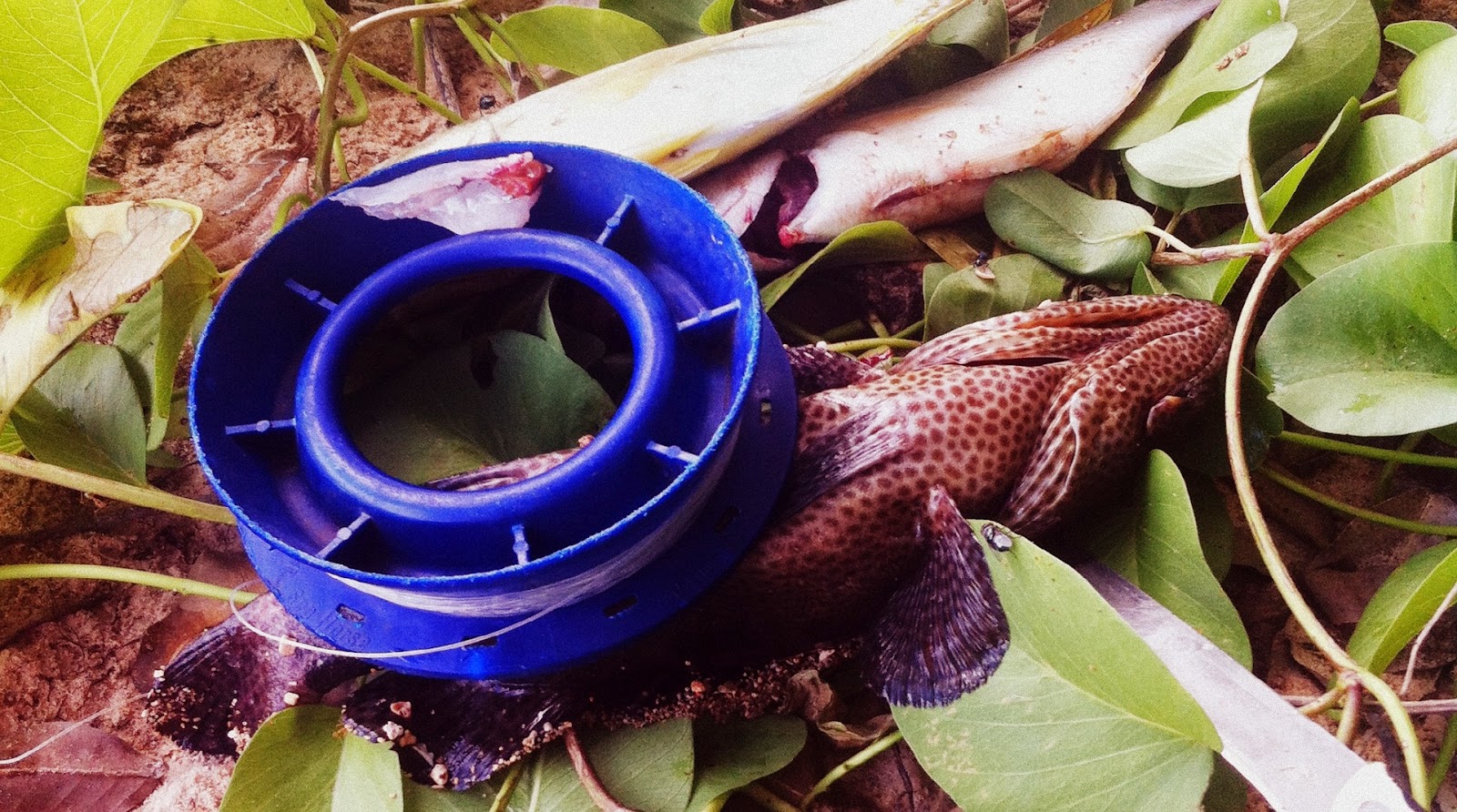 The girls showed Casey how to collect live bait and catch fish off the rocks with a hand reel. Casey was amazed by their great patience and the process they used to eventually catch decent-sized fish to cook over the hot coals. All the while, they taught Casey Anindilyakwa words by pointing out objects in view. E.g. sun is Muggua. They found Casey’s pronunciation of these words highly entertaining. Many words contain an ‘ng’ sound at the beginning or in the middle. It sounds very nasally and unfamiliar to the English language. 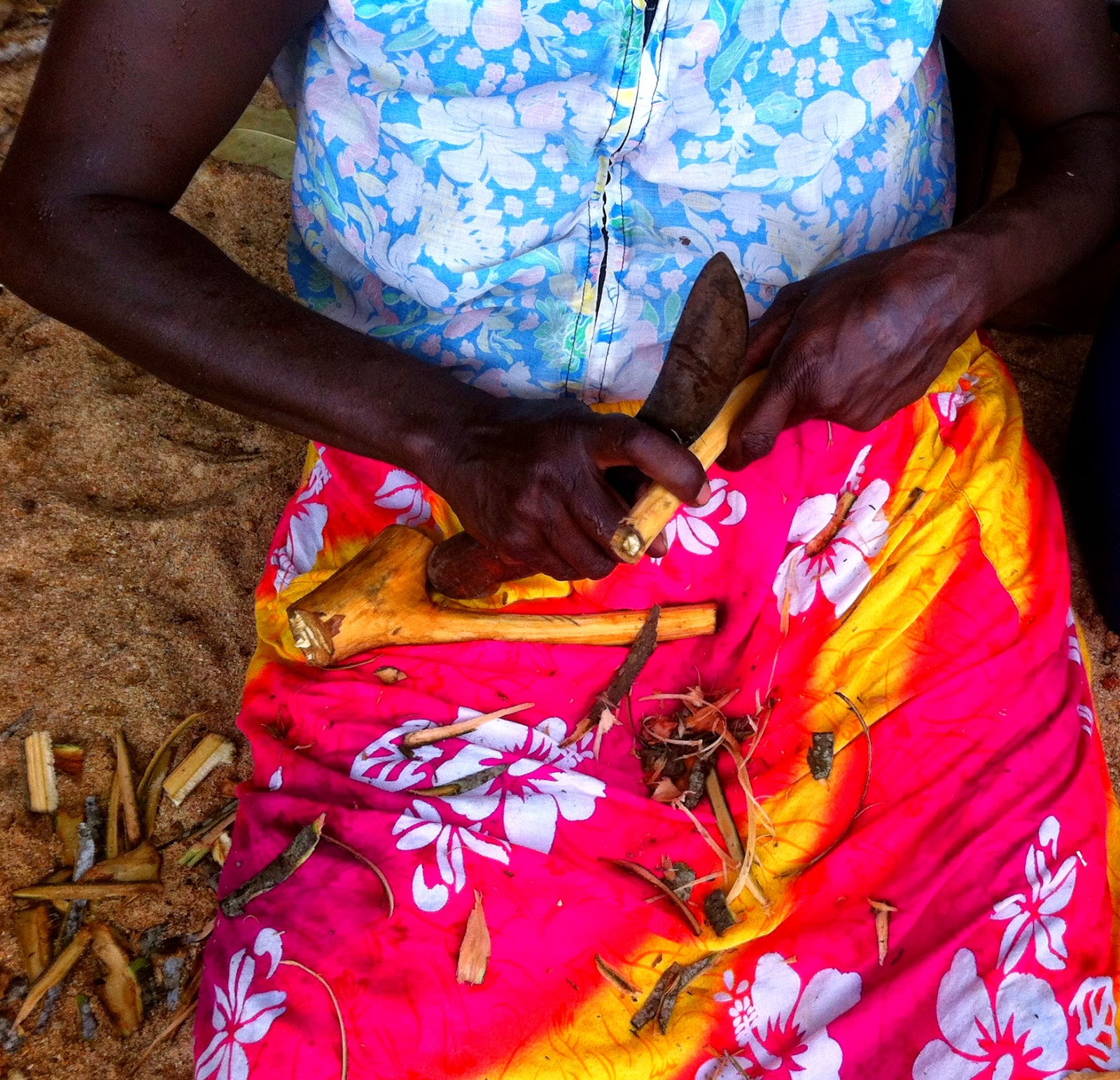 Whilst Casey was frolicking in the water, Adrian sat on the shore with Nancy and David. From the moment we had arrived, Nancy was collecting shells and various nuts/fallen bits from trees that she could use to make jewellery or add to her cooking. She taught Adrian how to whittle a tobacco pipe out of a tree branch.

Adrian was inspired to make his own pipe, despite the fact he doesn’t smoke. He says he’s tempted to begin, seeing he now had such a fancy instrument (not if Casey has anything to do with it!)
- June 03, 2014
Email ThisBlogThis!Share to TwitterShare to FacebookShare to Pinterest
Labels: bonfire, bush tucker, fishing, four-wheel driving, groote eylandt, hand line, indiginous culture, northern territory, picnic beach, umbakumba
Location: Umbakumba NT 0822, Australia