The weather is warm and sticky and I couldn’t be happier. I departed cloudy Melbourne at 8:30am and arrived in Groote Eylandt nine hours later. Alyangula is confined to a small area west of the island and after driving around for five minutes, I’d travelled down most streets in both directions. 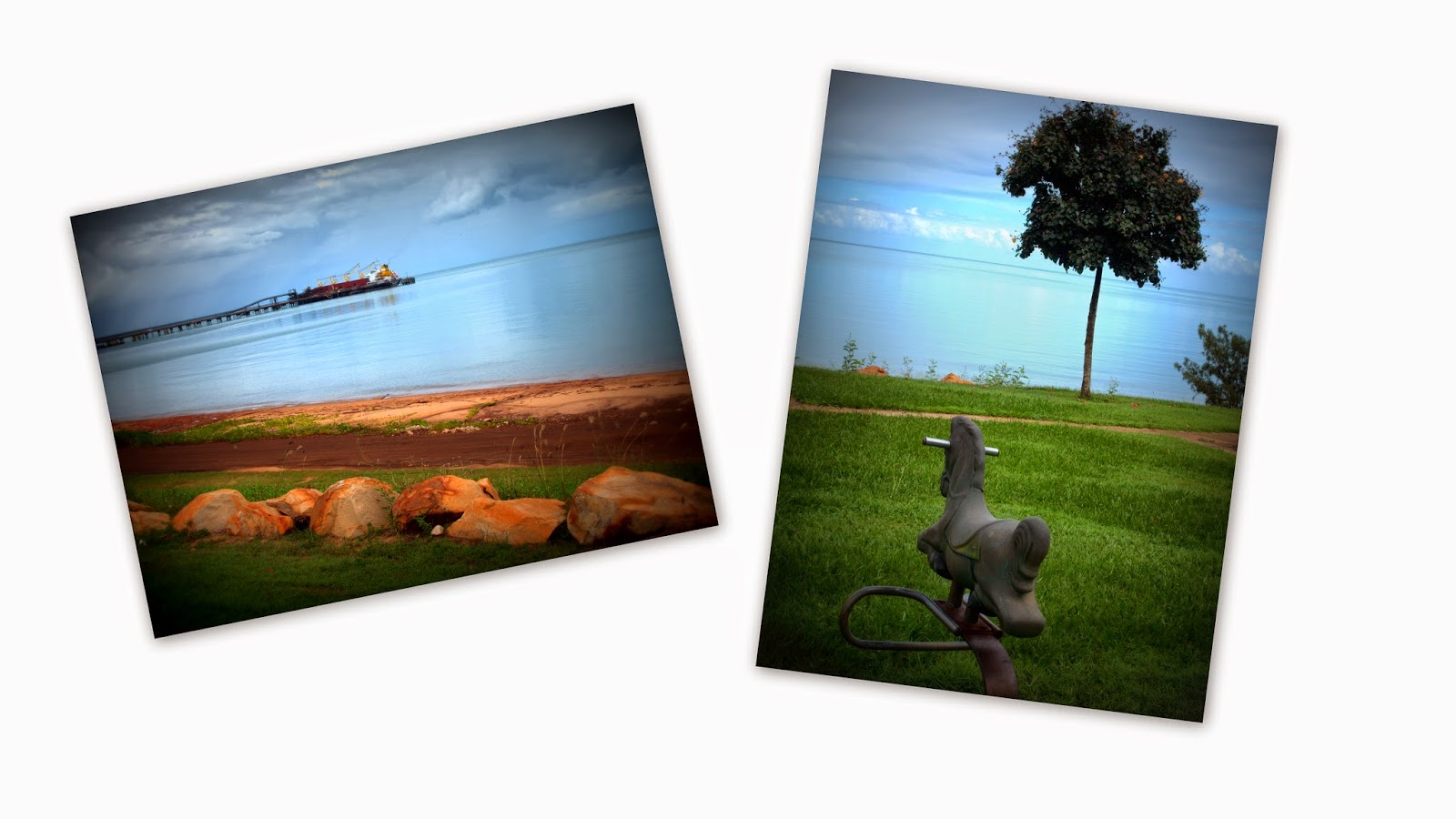 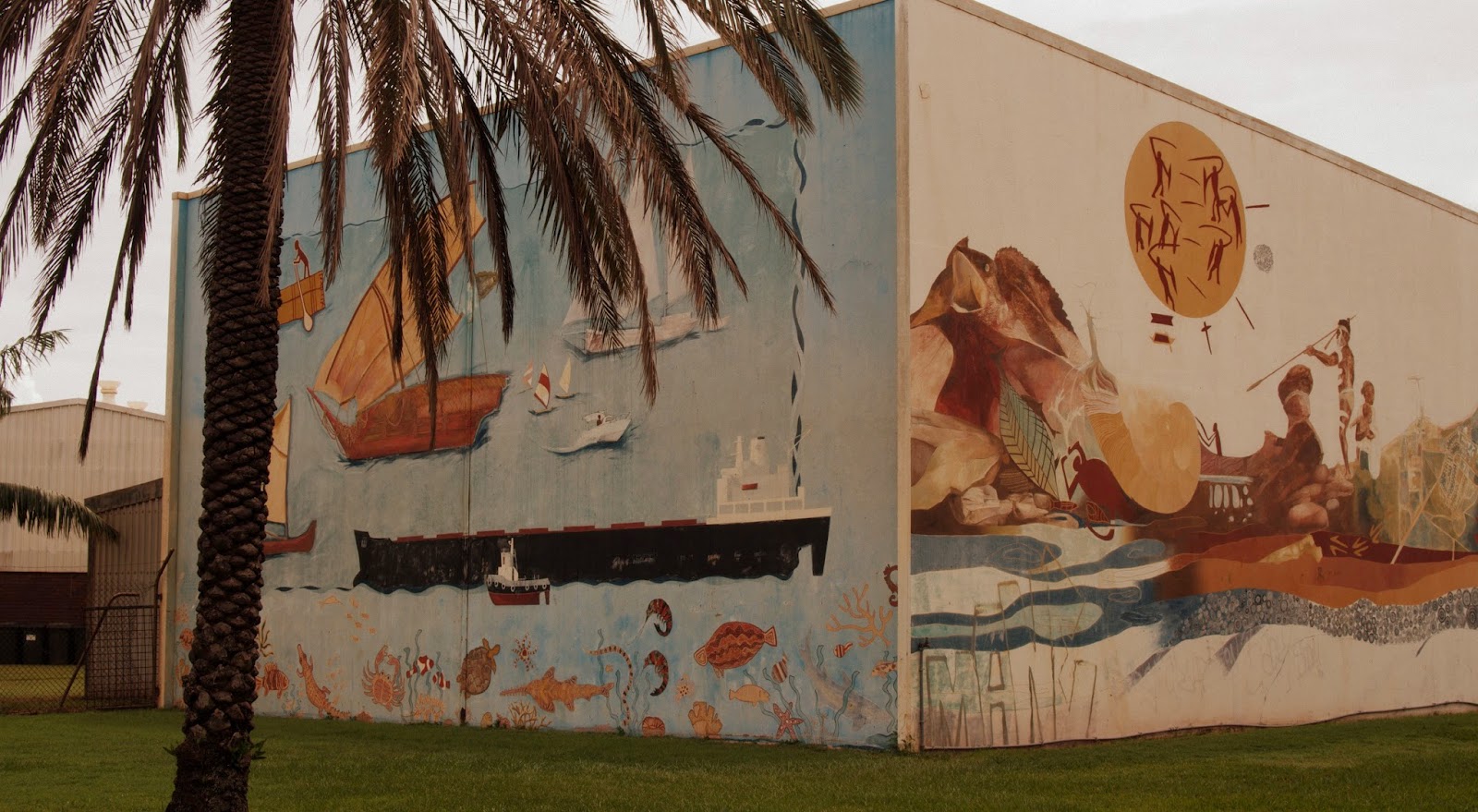 Many community buildings have been decorated with murals & artwork.

The plant life is luscious and green. The air has a familiar damp, tropical smell with the delightful addition of frangipani wafting in and out. There are no footpaths so I choose to risk walking on the road in trade of getting my shoes soaked through.

Miners’ four-wheel drives and utes casually roll up and down the streets. Coming from a metro city bursting with lights, sounds and a population well over four million, I find the streets here eerily quiet. As I cut through park land to get to my school, I can hear a whipping, crackling noises, like that of an angry power pole. I’ve seen a sort of dragonfly- looking insect, which at this stage I’m accrediting to these unusual, yet amazing electrifying sound effects. I’ve come across quite a few entertaining creatures so far, such as a comical lizard running on its hind legs like a mini T-Rex. I won’t even begin to tell you how many not-so-entertaining creatures reside in my kitchen.
In the morning I hear birds that sound like a high-pitched alarm system crossed with a squealing, distressed child. Along with this, in fear of having his title reneged as the most irritating bird, the rooster accompanies the screaming birds during the latter part of the early morning. 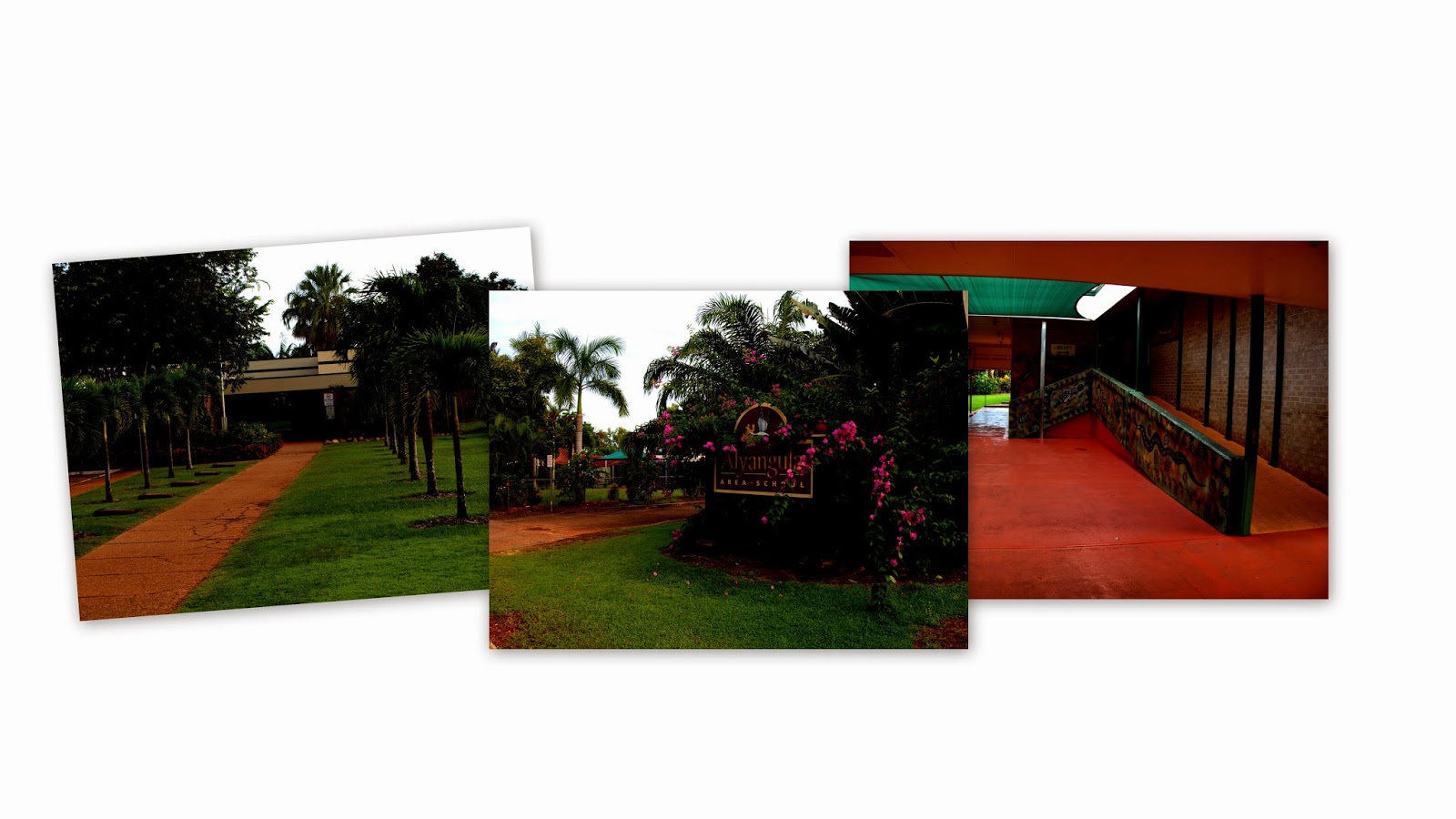 For the next few days I will be familiarising myself with my new school; Alyangula Area School. With 19 names to learn and colourful displays to be constructed, I won’t have time to do much else. Hopefully by my next post, I will have captured a photo of my new friend, the comical lizard.
- April 09, 2014
Email ThisBlogThis!Share to TwitterShare to FacebookShare to Pinterest
Labels: alyangula, australia, australians, groote eylandt, holiday, indigenous australia, northern territory, paradise, remote australia
Location: Alyangula NT 0885, Australia